Paazie Naab, alias Commando, reportedly told Polo during a meeting at the Sacred Heart Catholic Social Centre in the Upper East regional capital, Bolgatanga, on Thursday June 16, 2022, that he would unleash thugs on him to “attack, beat and kill” him. 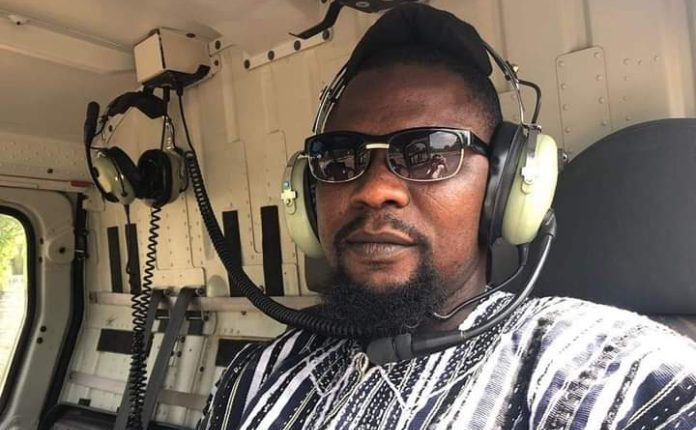 A famous philanthropist and miner, Zongdan Buyak Kolog, popularly known as Polo, is reported to have received a fresh death threat from a member of a five-man gang that was put before court for allegedly robbing him (Kolog) of 20 sacks of gold-bearing rocks valued at Gh¢3,000.00 in 2012.

Paazie Naab, alias Commando, reportedly told Polo during a meeting at the Sacred Heart Catholic Social Centre in the Upper East regional capital, Bolgatanga, on Thursday June 16, 2022, that he would unleash thugs on him to “attack, beat and kill” him.

The threat reportedly ensued over a dispute about some terms and conditions of an agreement between some small-scale miners and a large-scale mining company in the Talensi District.

The other members of the gang that allegedly robbed Polo are Binaab Boazie, Suguru Naabil, Boazie Naabil alias Tiger and Berimamwe Naabil. The five men appeared before a High Court in Bolgatanga where they were granted bail in 2014 and the case, being handled by the Attorney-General’s Department, was subsequently adjourned until further notice.

“It’s unfortunate that Polo is facing this kind of attack from these people. Polo has helped so many people in Talensi and outside Talensi because he is not a selfish man. He even used his own resources to reconstruct the district hospital road in Talensi. An attack on Polo is an attack on the entire community. The state must protect him from these same suspects who have nothing good to offer society,” a concerned resident (name withheld for security reasons) stated after reports of the threat went public.

When contacted, Polo confirmed he was threatened by Commando but said he would seek redress at the appropriate quarters and at the right time.

When contacted, Naab (Commando) confirmed he had a disagreement with Polo during the meeting. He, however, did not provide any answer when asked if he actually issued the alleged death threat to Polo. But he said he indicated during the argument that he would organise “boys” to stop Polo from working as a miner in his community (Gbane) if he (Polo) continued to oppose how he (Naab) felt the compensation package should be shared.

“The fact is that there was a meeting to discuss a compensation package. The Minerals Commission said all of us should share the package equally. But some people wanted to have the largest part of it. I disagreed and insisted that all of us must share it equally.

“Besides, I said the community (Gbane) was my hometown and for that matter I would not allow Polo to come and do whatever he wanted to do. That caused the argument. So, I told him that if that was what he wanted to do, I would hire boys to stop him from working in the community,” Naab said in Twi.

GOT A STORY? Share with us. Email: [email protected] or [email protected] WhatsApp: +233(0)244822034
Paazie NaabPoloZongdan Buyak Kolog
0
Share FacebookTwitterWhatsAppTelegram
Subscribe to our newsletter
Sign up here to get the latest news delivered directly to your inbox.
You can unsubscribe at any time