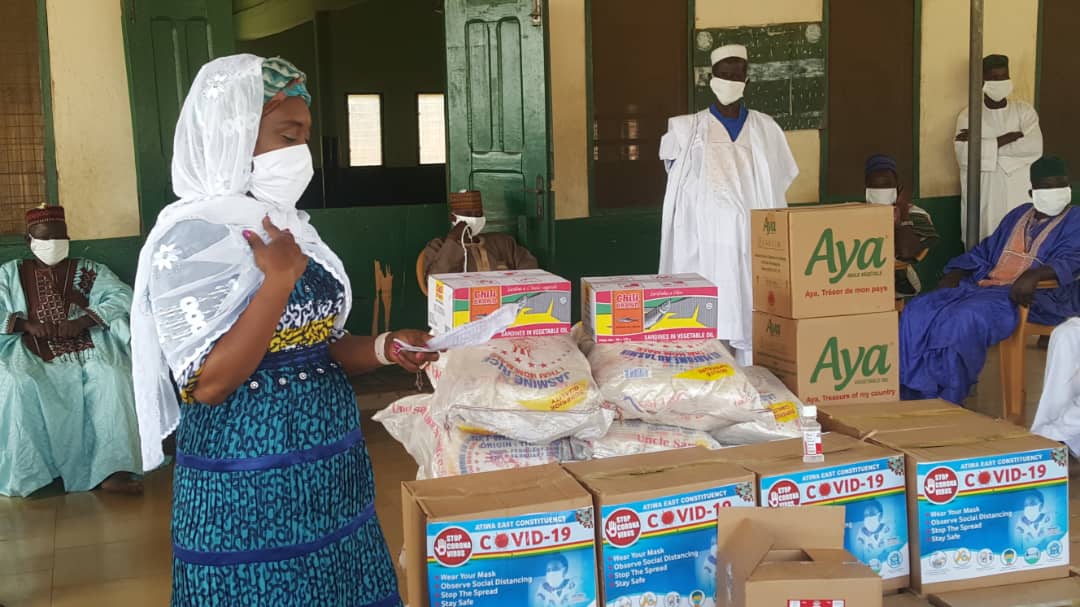 A Deputy Minister of Finance and Member of Parliament for the Atiwa East constituency, Mrs. Abena Osei Asare has urged Muslims in her area to come out in their numbers and have their names captured on the new voters register when the Electoral Commission starts compiling a for for the 2020 election.

A Constitutional Instrument (CI) for this excercise which has been laid in parliament by the Electoral Commission is set to mature next month.

According to the MP, when the EC starts the registration exercise the constituenta must put on their facemask and practice social and physical distancing and not panic, but try to get their names on the new voters register at all cost.

“So we can determine who we want to be our President and lawmaker, otherwise we would be taking ourselves off this opportunity as to who determines who our national leaders should be,”.

She said this over the weekend when she presented some food items, facemask and sanitizers to Muslims in some Zongo communities as well as some needy people in her constituency. This was to enable them mark the end of their one month fasting.

She said previously the National Health Insurance Scheme (NHIS) card was used to get voters to register but there was a court ruling against it because foreigners easily obtain such a card.

“Do not allow anyone to deceive you that there is no need to go and register, if you do not go you would be doing a disservice to yourself, EC would ensure there is wearing of facemask and washing of hands with soap and water,” the MP stated.

Mrs Osei Asare emphasized that the voters ID and Ghana card would be used for the exercise and in the absence of that two people ca be allowed to verify for one’s identity as a Ghanaian. She said those who are not Ghanaians but would want to participate in the exercise would be arrested. Again, “I cannot to Togo and vote there”.

“The fasting has brought you together as brothers and sisters despite our ethnical background. Let’s ask ourselves what can we do to help our communities, it should not always be about what the government can do for us”.

The Zongo chief of Akyem Sekyere Alhaji Amadu assured the lawmaker and the current government that as they have not forgotten them, whatever they want in the name of Allah they would get as he would pray for the President and the lawmaker.

In an interview the various women groups were very grateful for the gesture from the lawmaker. They believe she will be victorious again in the upcoming Parliamentary elections.

Intractable Ghana Education Service, do you want to “infect and kill” our children with Coronavirus?