After KumePreko Reloaded Demo: Demand grows for resignations of Akufo-Addo and Bawumia who was Booed at Hogbetsotso festival

AriseGhana's three-day picketing at the frontage of the Revolution Square opposite the Jubilee House will follow on the 15th, 16th and 17th of November, 2022. 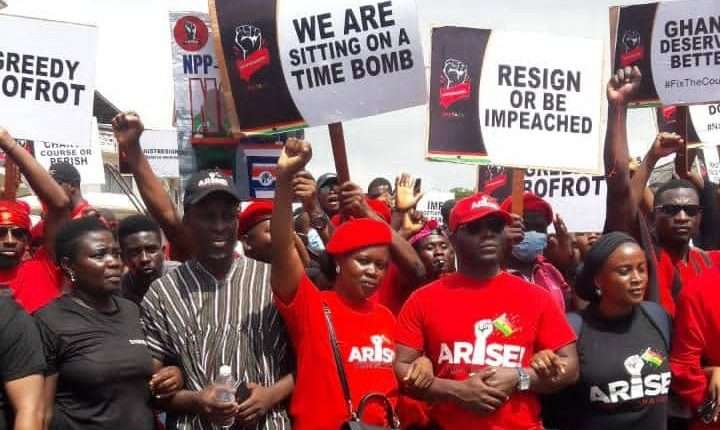 Lawyer Martin Kpebu’s KumePreko Demo has set the tone for a series of actions leading to the removal of the President, his Vice, the Entire Economic Management Team and Cabinet…

One day after his deadline for the resignation, Thursday 10th November, 2022 Parliament will vote on the Motion of Censure tabled by the entire NDC Caucus in Parliament for the removal of the Finance Minister, Ken Ofori-Atta.

Impeachment process for the President will commence shortly thereafter.

AriseGhana’s three-day picketing at the frontage of the Revolution Square opposite the Jubilee House will follow on the 15th, 16th and 17th of November, 2022.

Ghanaians abhor Bribery and Corruption and are Demanding that the Majority NPP MPs, particularly Osei Kyei-Mensa-Bonsu must immediately name the Bribe-Giving Businessman;

The Majority Leader must cause the arrest and prosecution of the Businessman who attempted to bribe his caucus in the hope of influencing their decision to have the Finance Minister, Ken Ofori-Atta removed…

IMANI, OccupyGhana, Media Coalition Against Galamsey and other CSOs who have been making various demands and writing letters to effect, are expected by Ghanaians to be seen to be taking concrete action now.

The Clergy, Clerics and Moral Society must stop the empty talk and prayers and take decisive action to rescue Ghana and Ghanaians.

Dr. Ashigbe must demand the arrest and prosecution of the Okyehene Galamsey Militia that went on a shooting spree in the streets of Akyem Abuakwa.

The Clergy, Clerics and Moral Society must demand the immediate arrest of the BRIBE-GIVING Businessman.

IMANI must stand for something.

OccupyGhana must go to court with various MANDAMUS to compel the President to act and stop wasting the time of Ghanaians with love letters to the President who they claim is not reading, listening or acting.

All the DumbDogs must get to work or keep quiet as Ghanaians begin the journey to use legal and constitutional means to get their lives back on track in a post-Akufo-Addo-Bawumia government;

Ghanaians have started their historic journey to “BREAK THE EIGHT” years of the wasteful, inept and incompetent Akufo-Addo-Bawumia government.

Ghana will become a FAILED STATE, if immediate action is not taken.

Ghanaians will die of poverty, starvation and disease if the U-TURN does not happen now.

Nobody wants to give money to a JUNKIE.

Ghana is Bankrupt, highly debt distressed, the Economy is ranked as JUNK by all international ratings agencies and the Cedi ranked the worst currency in the world.

Ghana is currently seen as a JUNKIE by the international finance community, so nobody wants to lend Ghana money as long as Ken Ofori-Atta remains Finance Minister, Vice President Bawumia remains head of the Economic Management Team and Akufo-Addo remains President. 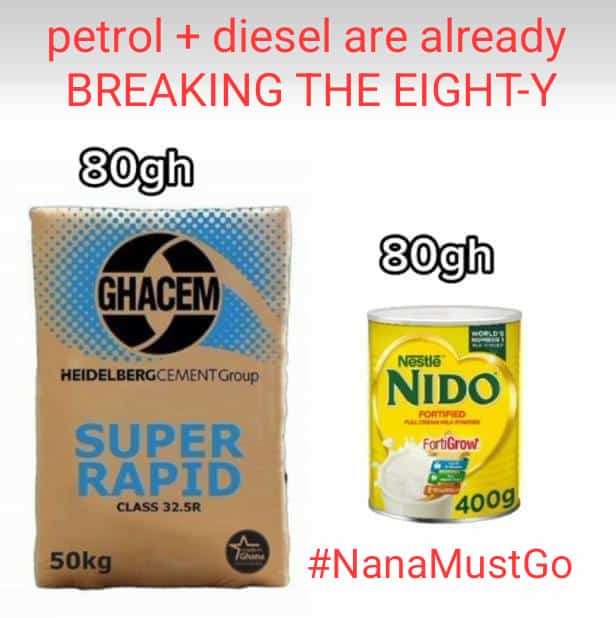 Fortunately, the Constitution of Ghana, which will in the near future require review, currently has made provision for the current crises;

In the event of the President and Vice President being unable to perform their functions [for whatever reason(s): incapacitation, death, resignation or removal];

The Speaker of Parliament Rt. Hon. Alban Sumani Kingsford Bagbin will be sworn in as acting President, by the Chief Justice, to serve a three month period within which there will be held an Election to chose a New President to form the next government for four years.

The hang Parliament has clearly shown that the current Speaker of Parliament has the temperament and experience to rise above partisanship to steer affairs of Ghana in the Supreme interest of Ghana, as required today.

Upon the Speaker of Parliament assuming the President and forming an Interim Government [of National Unity] comprising NDC, NPP and other political parties, Civil Society, Academics and others;

The vacant position of Speakership for the three month period that the Speaker will be acting President will have to be filled, by all Members of Parliament present and voting, which would include Hon. Adwoa Safo who is currently in the country and still Member of Parliament…

Ghana indeed has interesting times ahead.

The voice of the People is the of God.