The two respected preachers said the auditor(s) must be one that is nationally recognized. 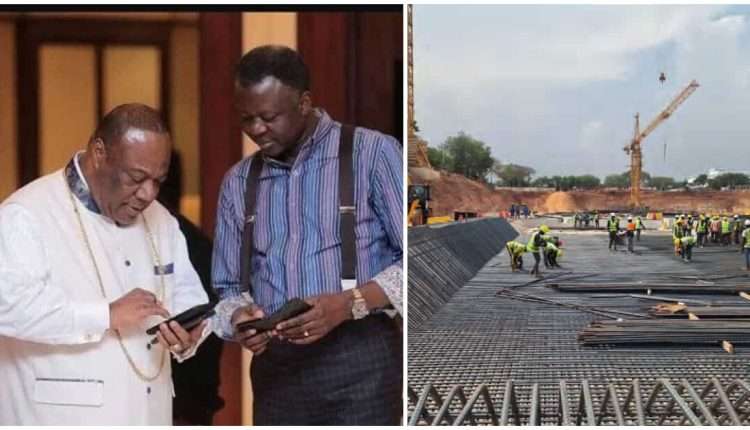 Archbishop Duncan Williams, Reverend Eastwood Anaba and the other members of the Board of Trustees of the National Cathedral being constructed by the President Akufo-Addo administration have called for the immediate suspension and audit of the project. According to them, the suspension will pave the way for greater transparency and accountability amidst current controversies.

In a memo sent to the Board of Trustees on Monday, January 23, available to ghananewsonline.com.gh, they called for an independent audit of the project’s expenditures.

The two respected preachers said the auditor(s) must be one that is nationally recognized.

“That being the spirit and cause of transparency and accountability to the Ghanaian people, the current Board of Trustees of the National Cathedral shall appoint an independent, nationally recognized accounting firm to audit all public funds contributed to and spent by the National Cathedral.”

“Auditors will also audit the overall cost of the project.”

“This appointment of an auditor shall take place before the deferment of activities of the Board of Trustees,” excerpts of the memo said.

Meanwhile, the two Bible scholars also said the project should only continue until the economic conditions in the country improve.

“That current activities advancing the construction of Ghana’s National Cathedral shall be deferred until the atmospherics in Ghana are improved and the audit of the Cathedral account is done,” excerpts of the memo added.

The National Cathedral Project has been one of the most controversial public issues since the project was first announced by President Akufo-Addo.

Apart from questions of accountability, which have been repeatedly raised by the Minority in Parliament, there have also been concerns about the relevance of the project, in the face of the country’s economic crisis. 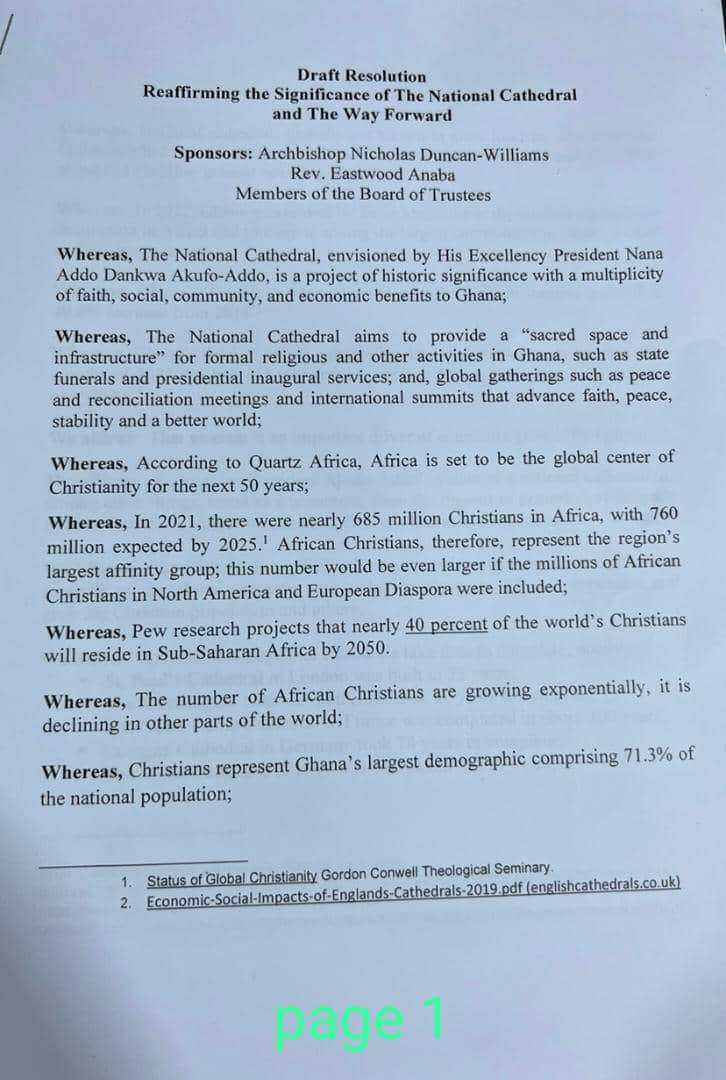 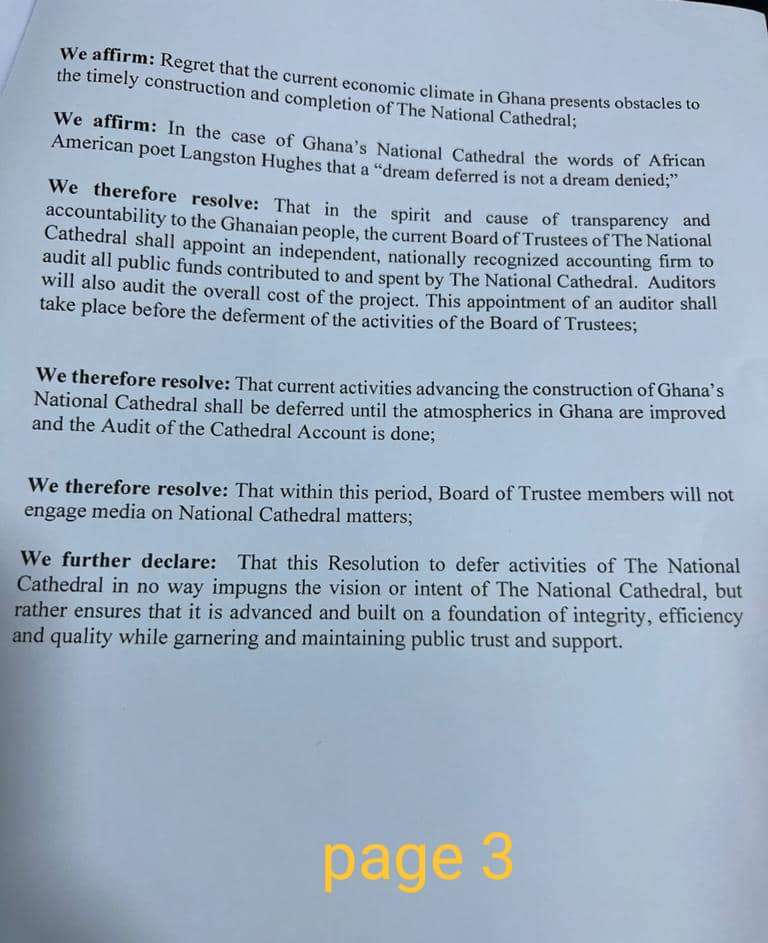