Gabby Asare Otchere-Darko, a leading member of the governing New Patriotic Party, has made a case for  President Akufo-Addo to be given a second term in office owing to his remarkable performance in government, ABC News can report.

Within three years of taking over power, President Akufo-Addo has implemented the Free Senior High School programme, Planting for Food and Jobs, NaBCo and commenced the implementation of the One-District-One-Factory programme, which according to Gabby Otchere-Darko, shows the vision and plan the President has for the country.

Unlike the flagbearer of the opposition NDC, John Mahama, who was unable to account for anything significant within his 4-year mandate as Head of State because he believed it was too short a duration for him to implement ‘people-centered’ policies, Gabby Otchere-Darko asserted, President Akufo-Addo has clearly made known his vision and plans for the country.

“Mahama in 2016 said 4yrs was not enough for him or any leader to implement his vision. I responded that a leader must have the vision to know his tenure was for 4yrs!” the private legal practitioner wrote on Facebook, ABC News can report.

According to Mr Otchere-Darko, the electorate in a matter of four years must be clear in his or her mind what the vision of a leader is and decide whether he deserves another term or not.

Making a case that President Akufo-Addo deserves a second term in office to continue on his path of development and economic improvement, the NPP stalwart argued that unlike former President Mahama, who among other things was accused of lacking a message in the 2016 elections, the Akufo-Addo government can boast of tangible achievements and a clear roadmap to making Ghana the beacon of Africa.

“Mahama in 2016 said 4yrs was not enough for him or any leader to implement his vision. I responded that a leader must have the vision to know his tenure was for 4yrs! Meaning, in 4yrs the people must have a clear understanding of what your vision is and manifest evidence that you are, indeed, on track with that vision and deserving a second term; especially, in this case, as opposed to the alternative, the other leader who couldn’t convince in 4yrs that he had a vision and was a track with it and whatever the vision was augured well for country,” he said. 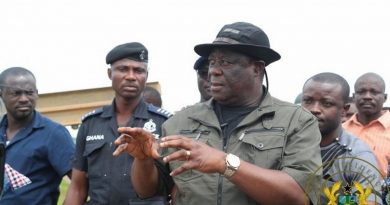 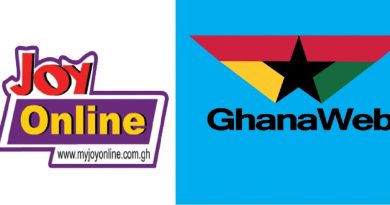 Accessibility of the Fanfare Ambulance

28th of January, 2020 marks deliberate day in the history of this country. Despite any hindrances faced by the Ghana

HUAWEI to introduce its elegant and trendy Nova Series in Ghana soon?

Should we expect a Super Nova to be coming to our markets soon? It is rumored that Huawei will bring