Mr Sampson Boateng, of the Regional Public Relations department of ECG told newsmen that, the suspect took advantage of the meters being supplied by Assembly members and Members of Parliament (MPs) to defraud unsuspecting members of the public. 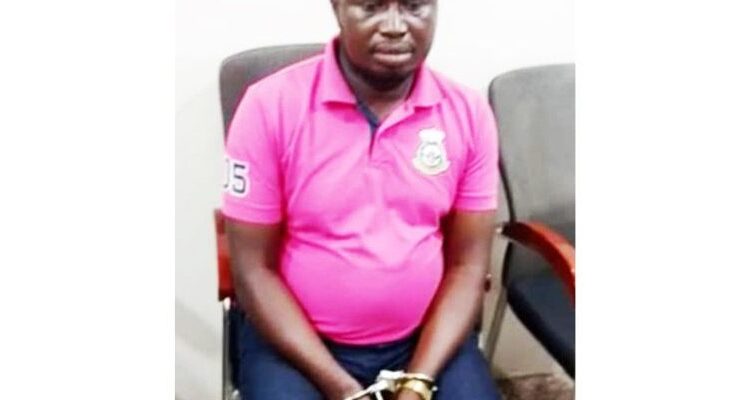 The Ashanti Regional office of the Electricity Company of Ghana (ECG) has arrested one Christian Osei Asare for posing as staff of the company, who goes about defrauding unsuspecting customers.

Mr Sampson Boateng, of the Regional Public Relations department of ECG told newsmen that, the suspect took advantage of the meters being supplied by Assembly members and Members of Parliament (MPs) to defraud unsuspecting members of the public.

According to him, the suspect approached one Madam Agnes Frimpong, a resident at Aputuoagya in the Bosomtwe District of Ashanti region, who had used one of the meters, which are not captured in the Electricity Company of Ghana (ECG) system.

Madam Frimpong is said to have admitted using the said meter for two years without paying Bill, for which the suspect, claiming to be a staff from the ECG, promised to replace the meter with a new one and charged his victim GH¢1,500.00 after  which bills would be forthcoming.

Mr. Boateng disclosed that, the victim was able to pay GH¢900.00 out of the total amount charged.

However, a meter reader from the ECG came to the house on same mission, only to be told by the consumer that one of their staff had already taken GH¢900.00 part payment with GH¢600.00 to be paid later.

According to the ECG PR official, the victim could not produce a receipt for the part-payment already made, which prompted the meter reader to suspect Osei Asare as an imposter and informed the woman that, the person she was dealing with was not a staff from ECG and

that she should prompt the ECG whenever the suspect comes for the balance.

Mr. Boateng further said the suspect later called the victim for the remainder of the amount, upon which he was asked to come for it and consequently alerted the Bekwai ECG, who also gave the police a tip-off that resulted in the arrest of the suspect.

The suspect is currently in the custody of the police assisting them to unravel the source of his meter. Meanwhile Mr. Gideon Kwame Atu, Acting Manager, Revenue Protection (Ashanti) has appealed to the general public to assist the company with accurate information to flush out unscrupulous elements  in the system to avoid loses to the ECG in order to provide sustainable power supply to customers.

GOT A STORY? Share with us. Email: [email protected] or [email protected] WhatsApp: +233(0)244822034
ArrestChristian Osei AsareCustomersECGECG StaffElectricity Company of GhanaImpersonator
0
Share FacebookTwitterWhatsAppTelegram
Subscribe to our newsletter
Sign up here to get the latest news delivered directly to your inbox.
You can unsubscribe at any time