The Vice President Position is an institution and maintaining its dignity and prestige is the duty of one and all. It is sad that prestige is not being maintained under the current administration. In the cacophony of voices criticising and defending the conduct of the Vice President these days, the word dignity gets pressed into service from all sides.

That’s not surprising, given the willingness of this little concept to work all sides of the room. Its basic meaning is simply worthiness, the fundamental value that something enjoys in its own right, not because it can be bent to some other purpose.

There is a difference between the office of the Vice President and the person who holds it and our respect for the incumbent is conditional. It depends on the office holder’s attitude to the inherent dignity of the office.

What the current Vice President should know is that, the office he occupies was there before he inhibited it and will persist after his exit. He is a temporary resident in this place of dignity. The office was not created by the constitution to serve personal ambition; quite the contrary. The office of the Vice President has dignity not because of its power but because it represents and instantiates what’s valuable, worthy of preserving and defending for the sake of the well being of the society. It is not about Bawumia. The high office comes with certain trappings and ceremonies, expressing national history and identity.

The robes of office aren’t bespoke for the new incumbent, for they don’t express personal taste. Their meaning is determined by history. Not all high office holders need to be dignified at all times. The Vice President is becoming dangerously destructive. As the second gentleman of the land, his language should be trustworthy and sometimes inspire citizens to act and think with common purpose, determination and hope.

His divisive speeches contradict the very meaning of high office itself. Dr Bawumia should know that the office he holds is not about his self expression, his whims or tempers. It is not about him. And speaking of self expression, the office he occupies requires on certain occasions a kind of high rhetoric, or at least rhetoric that rises above the trite and commonplace.

I know it is difficult burying ones long held bad habits but it is not impossible. For the sake of the office’s dignity, the image of our Great nation and and the safety of the citizenry, I am appealing to the Vice President through this medium to rise above the trite and commonplace. He shouldn’t lower the image of the office. The more people attack his person and the office, the weaker the office becomes in terms of image and dignity. When dignity of office is compromised, the occupant no longer deserves our respect.

The position of Vice President is firmly stated in the constitution ; The provisions of article 62 of the 1992 Constitution apply to a candidate for election as Vice-President:

(a) he/she is a citizen of Ghana by birth
(b) he/she has attained the age of thirty-five years; and
(c) he/she is a person who is otherwise qualified to be elected a Member of Parliament, except that the disqualifications set out in paragraphs (c), (d), and (e) of clause (2) of article 94 of this Constitution shall not be removed, in respect of any such person, by a presidential pardon or by the lapse of time as provided for in clause (5) of that article.

Vice Presidents are next in line for the position of commander in chief should anything happens to the President and going through history, in America for instance, there has been nine times where the Vice president has become president due to either death of the sitting President or a resignation. It has happened once in Ghana. The question is, with the kind of attitude being exhibited by Bawumia, can he handle affairs of the state if his boss resigns? Decades ago, American Presidents were uninclined or unwilling to delegate governing role to Vice Presidents, and the office was not often sought after. President Jackson in 1832 personally choose his Chief strategist, Martin Van Buren, as his Vice and relied heavily on his counsel.

The next time a president choose his Vice was in 1864 when Abraham Lincoln chose to drop Hannibal Hamlin, his first term Vice, in favour of Andrew Johnson then on and on and on. All these person helped elevate the status of the office. This is what we want our Vice to do. We expect him to exhibit certain traits including honesty and integrity, confidence, humility, good communication, respectful, and gentle. Those who occupied the position before him; DeGraft Johnson, Arkaah, Prof Mills, Aliu Mahama, John Mahama and Amissah Arthur, exhibited the mentioned traits and brought grace and dignity to the office. This is the first time we seeing a Vice President who easily involves himself in unhealthy public debates, lie continuously, make unsubstantiated allegations and make unsavoury remarks about his predecessors.

Mr Vice President must immediately perish the idea of thinking that his unnecessary distortion on the Mahama administration would bury the demand for an inquest into their performance their three years. He should not think he can cover the unprecedented scandals recorded so far by trying to distort facts, attacking the former president and making unfounded allegations against John Mahama and his administration. Ghanaians are awake politically and have become politically sophisticated. I listened to the Vice President on Mahama’s achievements in the north and I was not surprised at all that such a despicable lie was emanating from the Vice president. We have a situation where even his own party people know that he is a liar, who even lie during the holy month of Ramadan. Ghanaians want to know why the desperation on the part of the Vice President and his men to rubbish Mahama’s achievements when they have still not been able to point to one major project executed from the over Ghc 90 Billion borrowed so far plus the billions of Cedis of oil revenue received so far. Could it be that they are now aware that the electoral fraud they perpetrated during the last election is about to be exposed beyond a shadow of a doubt?

Farmers Matter so much to John Mahama and the NDC

Journalism In Ghana, Our Achilles Heel 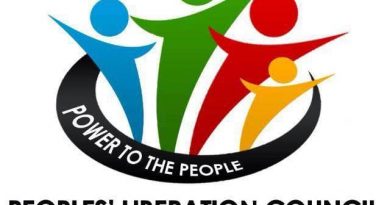 I am a Citizen. I have respect for the Chief of Defence Staff, Lt. General Obed Akwa and other serious

With a new year, there comes a new opportunity to do things in a new or different ways. Though, some