“In this regard, I fully support Ex-President, John Dramani Mahama in his advocacy. Unfortunately the President has failed to exhibit this leadership role, thus bringing the country’s economy this far. We shouldn’t however throw our hands in despair in this regard, since it is not too late” 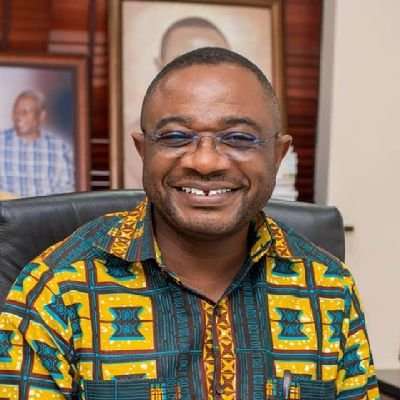 Member of Parliament (MP) for the South Tongu constituency, Kwabena Mensah Woyome, has called on President Nana Addo Dankwa Akufo-Addo to show leadership in the country’s current economic crisis by bringing everybody on board for a lasting solution to it.

This is because, it has become a national crisis that calls for the concerted efforts of Ghanaians, especially those with economic expertise, irrespective of the political background.

“In this regard, I fully support Ex-President, John Dramani Mahama in his advocacy. Unfortunately the President has failed to exhibit this leadership role, thus bringing the country’s economy this far. We shouldn’t however throw our hands in despair in this regard, since it is not too late”, he stated.

Hon. Woyome made this observation to newsman in his office in Parliament House last Thursday November, 3 2022.

He indicated that the current situation in which Ghanaians find themselves has been harsh and tough time for them –hipper inflation, instability in the prices of goods and services and many more. He opined that this situation, which is self-inflicted could have been avoided, had the real statesmanship and leadership been exhibited by managers of the economy.

Hon. Woyome intimated that the much tauted Russia-Ukraine conflict impacting negatively on Ghana’s economy cannot be wholly true, taking into consideration the distant area where the conflict is.

According to him, Ghana started suffering these shocks as far back as 2018/19 due to excessive borrowing and mismanagement of the economy, increased deficits, borrowing to pay debt and many more.

Hon. Woyome contended that the government’s policies like planting for food and jobs among others had become mere slogans. This is because they did not bring any impact to the Ghanaian. He argued that if the policy had impacted positively on the Ghanaian how come prices of food staffs should so escalate?

The MP maintained that it is the constant hike in petroleum prices, which in-turn affects everything- goods and services in the country that has brought about this.

Hon. Woyome was also of the opinion that the abandonment of certain projects initiated by the previous government by this government has also contributed in high prices of food. He pointed particularly to some abandoned projects of roads in his constituency was a contributing factor. These roads, he said lead to food producing centers. He mentioned such roads, as Agave-Afoadume, Ganu, Laveh, Do-Kploma roads and others.

According the MP, all these abandoned roads lead to food producing centers and if they were in good state, it could help farmers and middlemen bring food from these centers to stabilize prices of food stuffs in the urban areas.

No Safety Network for All

Hon. Woyome noted that because of the harsh economic situation, there is not safety network for anybody. He held that a social warfare system should have been put in place to cushion the suffering of the masses. However since there is no such provision, all are at risk thereby increasing the demand on MP’s from their constituents  he noted that ideally, people who under normal circumstances would not have called are now rather at us fore front of demands.

“When people call, demanding financial assistance you have to meet them at least half –way; not that you are rich, but just to show love and care. This is a serious situation he exclaimed!”

Touching on the president’s address to the Hon. Woyome maintained that it failed to address the real issues afflicting the people.

“The President failed to show leadership. He should endeavor to bring everybody on board as advocated by ex-president Mahama’s” he stated.

Christians, Muslims are Brothers; they must Live in Harmony – Apostle Agbalenyoh