“All hospitals within the vicinity are being used to treat injured persons, and an evacuation plan has been activated to move those in critical condition to medical facilities in Accra so they can get the needed assistance.” 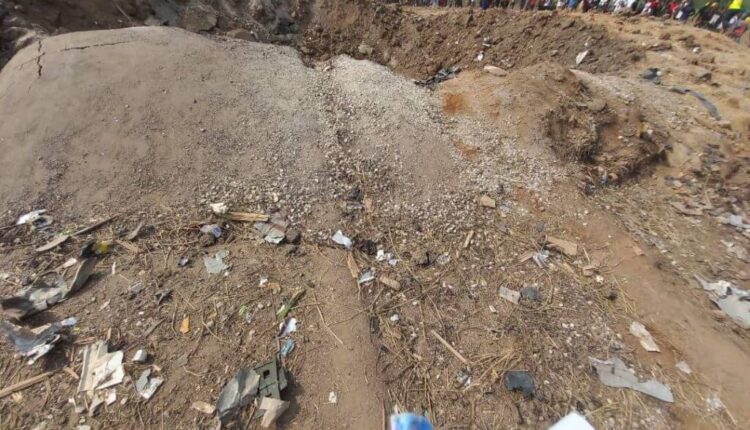 At least 17 persons have so far been confirmed dead in the Bogoso-Appiatse explosion in the Western Region on Thursday, leaving hundreds of locals displaced, an official government statement said.

The police said preliminary investigation has established that a mining explosive vehicle moving from Tarkwa to Chirano mines collided with a motorcycle resulting in the explosion.

“As at 17:00 hours, a total of seventeen (17) people have, sadly, been confirmed dead, and fifty-nine (59) injured persons had been rescued, bringing to seventy-six (76) the number of persons known, so far, to have been affected by the tragedy. Out of the fifty-nine (59) injured persons, forty-two (42) are receiving treatment and some in critical condition,” the Information minister Kojo Oppong Nkrumah said in a statement.

He added: “All hospitals within the vicinity are being used to treat injured persons, and an evacuation plan has been activated to move those in critical condition to medical facilities in Accra so they can get the needed assistance.” 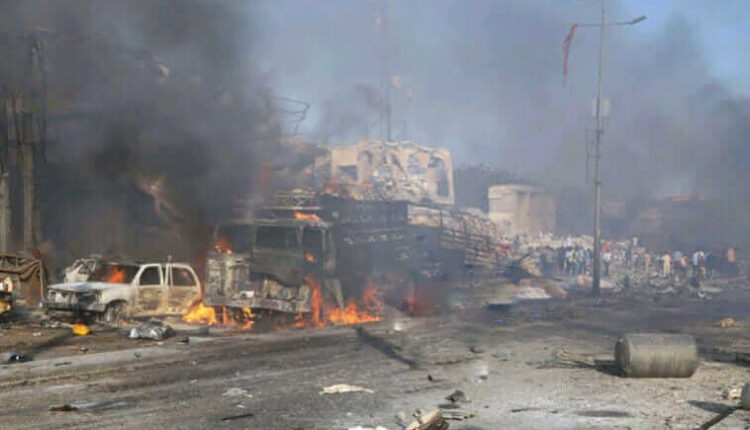 Speaking to the media, the Municipal Chief Executive for Prestea Huni-Valley Dr Isaac Asamani said they have set up relief centres to accommodate most of the displaced people as the search and rescue operation continues.

“We’ve set up relief centres. The whole community is gone. All the roofs have been ripped off and some of the buildings have collapsed. Some were trapped in their rooms but we’ve been able to rescue them. It’s a very sad day for me. We are appealing to churches and schools in nearby villages to make their buildings available for the displaced persons to get a place to sleep for the meantime,” he added.

The national ambulance service said they have so far conveyed 59 casualties to the various health centres in the region.

Prosper Baah, the acting regional head of training at the National Ambulance Service told the media: “We’ve deployed all our ambulances in the Western Region to the scene to take care of the situation. So far our ambulances have dispatched 59 casualties to the various hospitals.

Winners and Losers in the Greater Accra NDC Executive…

“There are four casualties who are in critical conditions and they have been sent to Komfo Anokye Teaching Hospital in Kumasi for further treatment. A lot of the victims are having severe head injuries and other pains. I can’t confirm the number of deaths at the scene. But we’ve seen a number of dead bodies around. We’ve not picked any dead bodies yet.” On his part, Sedzi Sadzi Amedonu, deputy coordinator of the National Disaster Management Organisation (NADMO) confirmed that over 500 houses have been affected.

”We’ve a case on our hands now. It’s a black Thursday. So far 500 houses have been affected. Some have been razed down completely by the explosion while others have developed cracks. It’s almost like a ghost town now. Some of the houses were burnt while others have been covered by the debris so we’re still carrying out the search and rescue operation. Most of the cars that were around during the explosion also have their windscreens damaged.

The former president John Mahama in a Facebook post described the incident as “a truly sad day for Ghana”.

A truly sad day for Ghana!
My deepest condolences to the families of the victims of the unfortunate disaster at Appiate, in the Bogoso District of the Western Region this afternoon.
Let’s pray for the speedy recovery of the injured, as we also urge the security and emergency services to continue to work assiduously to alleviate the damage and suffering in the affected communities.
To the chiefs and people in the affected areas, the National Democratic Congress (NDC) and the country stand with you, in this time of grief.

Smartphone Guide: The top picks for 2021 smartphones in Ghana. Hint: The Trendy flagship & Camera King HUAWEI nova 9 should be on top of your list