It is time the President addressed the nation on the status of all State Acquired Lands, those to be returned and efforts to retrieve those fraudulently allocated to private persons. 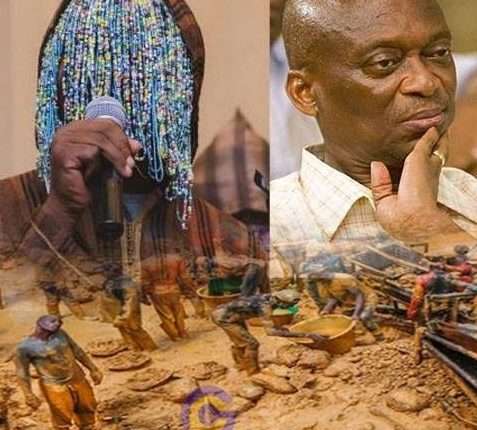 “Chinese takeover State Lands, bulldoze fence-walls and chase away Ghanaians in RAMBO-STYLE at the Cantonments Civil Aviation Land near the AU Village.”

Accra FM’s Kwabena Bobie-Ansah is still in court over questions of the faceless developers stealing the State Land which the Ghana Police Service said the First Lady was not involved in but could not prove the identity of the thieves Stealing Ghana’s State Lands.

The Lands Minister, Samuel Abu Jinapor who has refused to make public the Report on the Fraudulent Takeover of the Land by his predecessor Kweku Asoma-Cheremeh claimed he had ordered all developers on the Cantonments Civil Aviation Land TO STOP WORK but is looking on sheepishly as the construction work continues…

The Lands Commission has attempted settling differences between the developers rather than enforcing the STOP WORK ORDER allegedly issued by the Minister.

The former Lands Commission official whose company and the Chinese are developing the Cantonments Civil Aviation Land must be arrested and prosecuted together with all the other Land Looters.

It is time the President addressed the nation on the status of all State Acquired Lands, those to be returned and efforts to retrieve those fraudulently allocated to private persons.

The Ministry of Lands has signed an agreement with a notorious Landguard Clemence Gyato and Anyok Holdings to reclaim encroached State Lands and be paid with portions of the State Lands which is shared with some government officials.

This revelation which was confirmed by the Executive Secretary of the Lands Commission and the Deputy Lands Minister, must form part of the President’s brief to Ghanaians.

The President must speak to why he breached the Constitution of Ghana; by refusing to act on the Justice Sophia Akuffo Article 146 Petition which had a list of hundreds of Land Looters with all relevant particulars of the fraudulently allocated State Lands to aid in the retrieval of the Looted Lands.

Editorial: These Military Brutalities and the…

Now that the Chinese have joined in the Looting of State Lands what will President Akufo-Addo do?

The hiding of proceeds of Corruption, Galamsey and Money Laundering in Land transactions should spur the Special Prosecutor to investigate the Land Looting currently underway.

God Save Our Homeland Ghana from the DumbDogs and Land Looters.

Did Aisha Huang “flee” from Ghana?

Editorial: These Military Brutalities and the Responsibilities of the Police

My Takeaways on the proposed Africa Private Sector Bill of Rights