Ghana’s small pelagic fish populations, such as sardinella, have dropped 80% in the past two decades 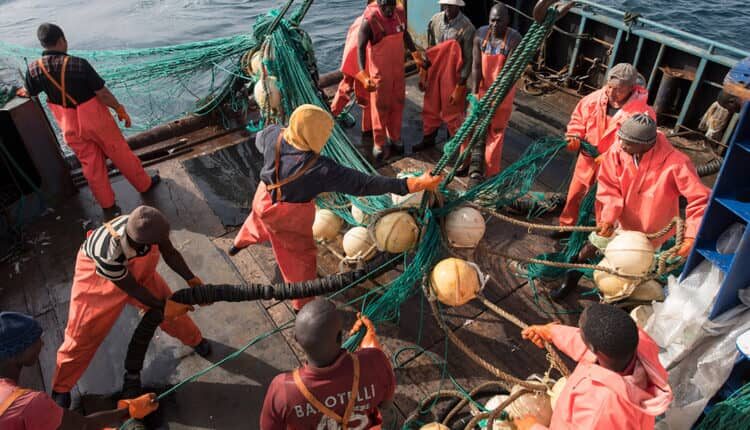 A three-month investigation by the Environmental Justice Foundation (EJF) has found that 90% of fishing vessels operating in Ghana are owned by Chinese companies.

The EJF, a non-governmental organization that tracks environmental issues, blames the depletion of fish stocks in Ghana on Chinese trawlers, the owners of which use complex schemes to create front companies in the country. The EJF based its investigation on interviews with fisheries experts and analyzing company records and financial documents.

Ghana’s small pelagic fish populations, such as sardinella, have dropped 80% in the past two decades. One species, sardinella aurita, is fully collapsed. China is the world’s worst illegal, unreported and unregulated (IUU) fishing offender, according to IUU Fishing Index.

“Any further decline will be catastrophic and have huge socio-economic costs,” Steve Trent, EJF’s executive director, said in a recent report published on ghanaweb.com.

The issue is common among West African countries, where illegal fishing accounts for 37% of all catches, costing the region $1 billion a year, according to the EJF, which estimates that Ghana loses $50 million a year through opaque arrangements with companies such as China’s Shandong Zhonglu Oceanic Fisheries Co.

Shandong Zhonglu has established three front companies that hold five fishing licenses in Ghana, according to the EJF, which criticized the country’s Ministry of Fisheries and Aquaculture Development for granting the licenses.

Francis Adam, president of the Central Region Fishermen Association, said that calls for reform in the fisheries sector have mostly gone unheeded, even after Ghana was issued a “yellow card” by the European Union last year. The EU concluded that the country’s level of development and engagement against IUU fishing was inadequate. A yellow card is a warning that sanctions may be imposed if the country does not improve its efforts to halt IUU fishing.

“The current minister and previous officials have not shown enough commitment to dealing with Chinese involvement in the fishing sector and the impact on local fishers,” Adam told ghanaweb.com.

Mavis Hawa Koomson, Ghana’s fisheries minister, did not respond to the EJF’s requests for information for its investigation.

Chinese trawlers in Ghana use a common illegal tactic called saiko: An industrial trawler transfers its catch to a large canoe capable of carrying about 450 times more fish than an artisanal fishing canoe.

In 2017, saiko took 100,000 tons of fish from Ghanaian waters, costing the country millions of dollars in revenue and threatening food security and jobs, according to the EJF.

“Saiko has destroyed our ocean,” Ekua Kokuwa, a fish trader in Ankaful, told the EJF. “It is worrying because the trawlers catch all the fishes meant to be caught by our husbands and use it for saiko. Government must support coastal communities by stopping saiko because we are really suffering.”

More than 200 coastal villages in Ghana rely on fishing as their primary source of income. The average annual income per artisanal canoe has dropped up to 40% in the past 15 years or so, according to the EJF.

An Open Letter to the British High Commissioner, Accra