CLOGSAG Sues TUC Over Rights On All Labour Unions

In its statement of claim, CLOGSAC, a worker union for Civil and Local Government workers, said the Trades Union Congress had been “wrongly held out by officials of the State as an umbrella union for all Labour Unions recognized by law.” 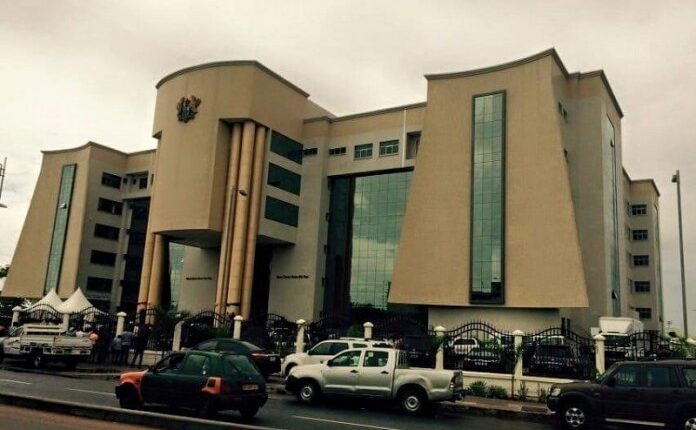 The Civil and Local Government Staff Association, Ghana, (CLOGSAG) has dragged the Trade Unions Congress (TUC), the Ministry of Employment and Labour and the Attorney General to court over the reference to TUC as the umbrella union for all labour unions recognised by law.

CLOGSAG in a suit filed at the High Court in Accra on Tuesday, has the Ministry of Labour and Employment as first defendant, the Attorney General as second defendant and the TUC as third defendants.

In its statement of claim, CLOGSAC, a worker union for Civil and Local Government workers, said the Trades Union Congress had been “wrongly held out by officials of the State as an umbrella union for all Labour Unions recognized by law.”

It referred to a suit titled INDL 8/14 – “Ghana Federation of Labour V the Attorney General & Kofi Asamoah,” where the Ministry of Employment and Labour and the TUC were sued, adding that in the said suit, a consent judgement was entered.

The suit required that parties within six months of the execution of the settlement prepared a working document for adoption by all labour unions.

The working document, the statement of claim said, provided for “a working definition of the term ‘Organized Labour’, an organogram for decision making within Organised Labour and a timetable for the adoption by all Labour Unions of the working document and operationalising the same.”

Also, CLOSAG said: “The law imposes representation in some statutory bodies by labour unions described in some of the laws as ‘Organised Labour’ whose representation was often not equitably and fairly determined.”

It said the third defendant was often the beneficiary to the exclusion of other labour unions, stressing that, unless ordered by the High Court, the consent judgment would not be executed as entered.

The Association, therefore, asked the Court for an order requiring the defendants to ensure compliance with the judgment of a court of competent jurisdiction within a period to be specified by it.

Alternatively, it called on the High Court to declare that the TUC was not an umbrella labour union for all workers’ unions in the country and should not be recognised as such.

CLOSAG also asked for “a declaration that the phrase ‘Organized Labour’ used in the law applies to every worker union recognised by law in the country.

“Further or in the alternative, an order requiring the 1st and 2nd Defendants to ensure that the labour unions in the country are organised to ensure equal opportunity to each worker union for the purpose of meeting the requirement of representation to statutory bodies, including the Labour Commission by ‘organized labour’ in the law or otherwise.”

GOT A STORY? Share with us. Email: [email protected] or [email protected] WhatsApp: +233(0)244822034
Attorney-GeneralCLOGSAGcourtlabour unionsMinistry of Employment and LabourTUCumbrella union
0
Share FacebookTwitterWhatsAppTelegram