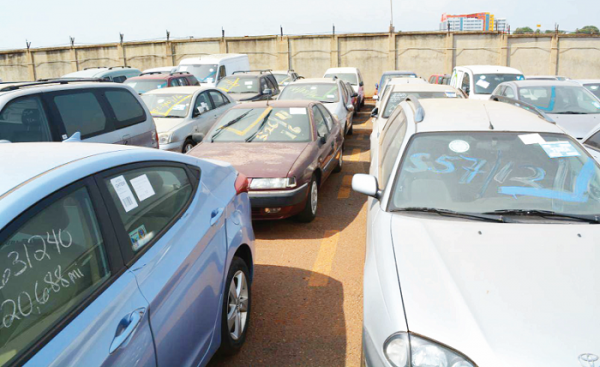 It has been established that no person, apart from the Customs Division of the Ghana Revenue Authority (GRA), has the power to fix prices for auction vehicles.

It is therefore inaccurate and balderdash for anyone to suggest that certain personalities in the current government fix prices of auction vehicles.

Accra-based Joy FM in a documentary accused certain figures at the Presidency, including the Political Aide to the Chief of Staff, Mr. Frank Asiedu Bekoe, who it claimed were abusing the auction system.

It is instructive to know that per the structure of the GRA, Mr. Bekoe cannot determine the prices of cars allocated, that function is professionally conducted by Customs Division of the GRA hence the issue of giving cars away cheaply untenable.

The outcome of such recommendation was solely determined by the Customs Division of the GRA, making claims by Joy News that Mr. Bekoe exerted pressure on officers involved in the final decision palpably false.

Per facts checked, only few persons that were recommended for cars by the Office of the Chief of Staff had the cars, an indication that no pressure was mounted on the officers of the GRA.

Other persons that were recommended turned down the offer because the vehicles were unserviceable, whilst some vehicles could not be located as they had been given to their original owners/importers on first offer.

According to the Joy FM report and as confirmed by the custom Officer, it is absolutely a normal practice for institutions/persons to send proposals to the customs division of GRA to be ‘’CONSIDERED’’ during allocation.

Therefore, an application for consideration CANNOT and SHOULD NOT be misconstrued to be a letter of allocation.

Auction vehicles by the Customs have over the years become a huge controversy because of the politics of how it is run.

Political party members and sympathizers rely on the auction regime to own cars and attempts to streamline things have always been resisted by those who want to benefit from the auction.

The current GRA Board Chairman, Professor Stephen Adei, upon his appointment, has altered how auction of confiscated and forfeited vehicles and goods should be handled.