COP27 Hypocrisy of Ghana: Akufo-Addo is a ventriloquist.

Government must explain why it is sparing the houses at the Sakumor Ramsar site yet now threatening to demolish structures in Okaikoi South. 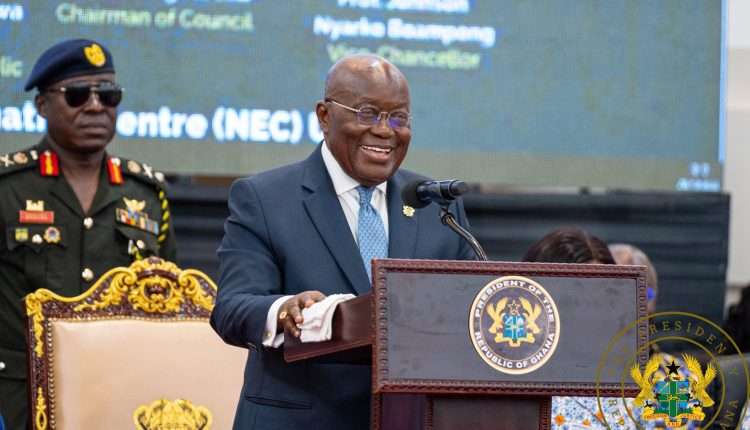 The Akufo-Addo-Bawumia government is a euphemism for Hypocrisy and Dishonesty.

They send a 350-member delegation to the Climate Change COP27 Conference to say they are serious about fighting Galamsey and Climate Change yet allow Forests, Ramsar Sites, Estuaries and Lagoons to be destroyed and built on while selectively claiming to demolish buildings on waterways.

Following President Akufo-Addo’s directive to all DCEs to demolish all buildings on waterways, the government is now attempting to regularise the illegal buildings in the Sakumor Ramsar site after demolition some structures under Military guard without the Regional Minister, Henry Quartey claiming all structures will be demolished.

Government must explain why it is sparing the houses at the Sakumor Ramsar site yet now threatening to demolish structures in Okaikoi South.

The government must explain why the NPP’s Chairman Wuntumi has not been arrested, George Mireku Duker together with the Galamsey Ministers and DCEs are still at post.

President Akufo-Addo and Samuel Abu Jinapor must stop pretending to the world that they are interested in Climate Change or fighting Environmental degradation or Galamsey.

Enough of the Hypocrisy and silence by Dr. Ashigbe and his Media Coalition Against Galamsey.

Dr. Ashigbe are silent about the Okyehene’s Galamsey Militia walking free after the shooting spree on the streets of Akyem Abuakwa.

The Okyehene Abuakwahene’s claims that those criticising his cousin, Akufo-Addo are Villagers or witches who were not brought up properly has been widely condemned.

The Asantehene’s blunt accusations of Akufo-Addo not being serious about fighting Galamsey on the other hand is the popular view.

Ghanaians are increasingly agitated by the fact that Galamsey poses an existential threat to Ghana and the source of disease, famine and water shortage…

Ken Ofori-Atta to Resign: Adwoa Safo joins other NPP Members to call for his sack