The Government cannot punish all the people of Krobo, businesses students, the sick and even the dead [hospitals] because of a few... 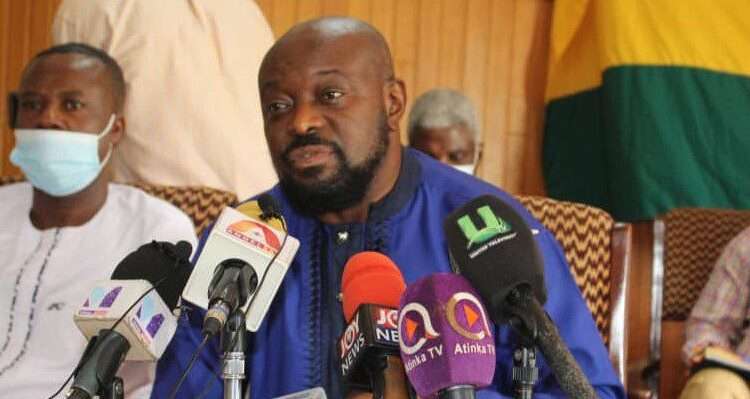 Ghana is fast becoming an Autocratic State, a Dictatorship on top of a Failed State.

Has Government declared a State of Emergency in the Krobo part of the Eastern Region?

Must the Military rather than Police be used to ensure internal security and protection of property and lives?

The abuse of the Military in civil Police duties must be immediately halted.

Criminal elements must be arrested by the Police and not the Military who are trained to kill.

Criminals once arrested must be processed for court and not subjected to extrajudicial molestation by the Military.

Ghana is not a Banana Republic.

The Government cannot punish all the people of Krobo, businesses students, the sick and even the dead [hospitals] because of a few…

The unimpressive propaganda electricity outage in the Krobo area will not guarantee an increase in electricity Tarrifs by the PURC, similarly, water Tarrif hikes will be resisted if the government does not stop Galamsey.

The banning of Radio Ada journalists from covering Asafotufiam Festival because of the Ada Songhor Salt and McDan’s Electrochem impasse is an affront to Press Freedom.

President Akufo-Addo signed an Executive Instrument giving the Ada Salt and Lagoon to McDan through Electrochem in November, 2020 depriving the people of Ada of their livelihood in favour of an individual.

The abuse of the Traditional Council which is a statutory body to suppress Press Freedom and the rights of the people of Ada, must attract the interest of all Ghanaians including the National Media Commission and Parliament.

Ghanaians are resolved to be Citizens and not Spectators; using the Military and Police to intimidate the Citizens cannot continue.

The people of Ada and Krobo are not Second Class Citizens…

The people of Akyem Abuakwa are not First Class Citizens either…

Ghanaians are One People, Equal before the Law and have a Common Destiny…

“We the People of Ghana, IN EXERCISE of our natural and inalienable right to establish a framework of government which shall secure for ourselves and posterity the blessings of liberty, equality of opportunity and prosperity…”