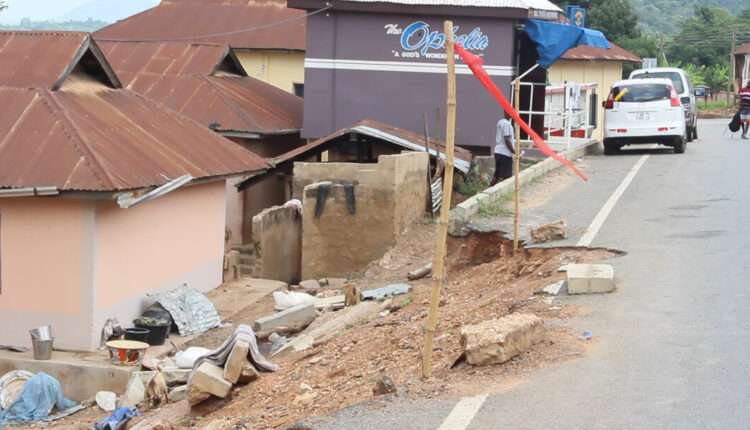 A portion of the Kpando-Accra highway has caved-in at Sovie, a community on that stretch of road due to an accident of a truck loaded with sand some years ago, the accident led to the destruction of that portion of the road with its barricades that prevents vehicles from entering homes along the stretch should an accident occur. Residents lament that the damage is causing fear and panic among people living on the edge of the road in the community.

The Assembly Member for the Sovie-Deme electoral area, Michael Tsorhe, has bemoaned the lackadaisical attitude of the officials of the Ghana Highways authority who visited the site and assured residents of their commitment to getting the damaged portion of the road fixed for over a year now.

He further indicated that, he has to continue pushing the Kpando Municipal Assembly through writing of letters and debating the issue on the floor of the Assembly anytime the opportunity presents itself to be able to make headway with the death trap his residents face.

Mr. Tsorhe said, upon the last visit of the engineers from Ho to the site, they explained that they have to package the damaged portion and award same to a contractor to get it fixed. He, however believes that, it is long overdue for that aspect of the road to be fixed so residents can be at peace anytime vehicles ply that portion of the road.

“You can see our road, that portion caved-in a while ago and we have reported to the Assembly and to Ho, people have come to see the site but we are yet to see any meaningful work there,” he said

The head of clan, who spoke to The SPYder on behalf of the residents, explained that, the people living along the stretch of the road in the community do not have a sound sleep anymore because they live in fear of another vehicle running into their home and destroying lives and property. He made a passionate appeal to the Highway Authority to come to their aid immediately to calm the nerves of the residents.

“The road is a government property and for us, we can only appeal to the Assembly and the people in charge to help us fix the damaged portion of the road, because our lives are in danger,” he noted.

He also explained that, his sick sister was moved from the house due to the damage and the danger it poses to the family. He insists that, there are calls for him and his family to move from the said house, but as he is the only man left in the house and does not even have anywhere to go, he turned deaf ears to the calls.

Other members of the community joined the call for government to speedily repackage the damaged portion and award it for the contractor to get on site and get the portion corrected. 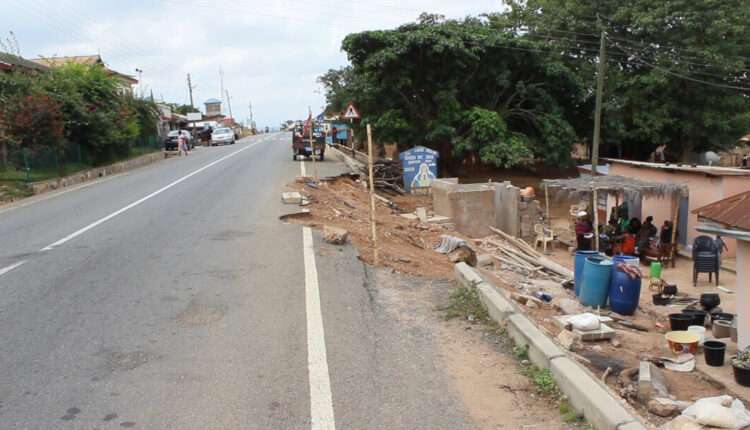 By Derick Botsyoe|| The SPYder