“I have a wife, children and grandchildren, so I’m only working for my daily bread. 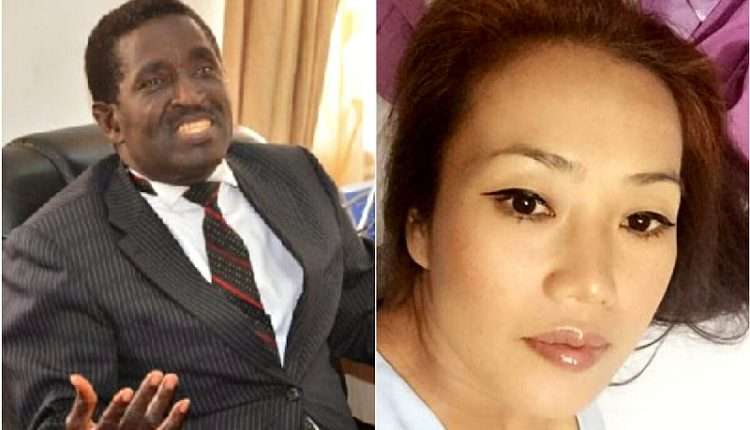 Lawyer Nkrabea Effah-Dartey – Lead Counsel for the notorious illegal mining (galamsey) kingpin, Aisha Huang, has justified why he took up the task to defend her in court.

Amidst public criticisms for his provision of legal service to Aisha Huang, Lawyer Effah-Dartey, who is a leading member of the ruling New Patriotic Party (NPP), says his service to his client is largely for its monetary benefits.

“People who are blaming me for defending Aisha Huang don’t know what they are saying.

“I have a wife, children and grandchildren, so I’m only working for my daily bread.

“I’m defending Aisha Huang for my daily bread,” he is quoted in a report by Oyerepafmonline.com.

Asked if he would withdraw his services should the Akufo-Addo-led government appoint him, he said, “If government gives me an appointment to stop defending Aisha Huang, of course, I will stop.”

He added that “anytime you see me defending Aisha Huang, it means she has paid me fully. As we speak, I’ve been paid fully.”

Meanwhile, the lawyer expressed concern about access to his client, saying, “my only worry is that I find it difficult to get access to my client. I feel the state is not treating her fairly.”

He, however, expressed optimism that his client will be discharged of the charges pressed against her as he believes the state lacks evidence to prove the charges.

Her case was, however, discontinued, and she was deported. Her deportation meant the state discontinued the trial against her.

She, however, found her way back into the country, leading to her recent arrest. A court last week remanded Aisha Huang and three other Chinese nationals into custody to reappear on charges of illegal gold mining and trading.

Her recent arrest is on the same issue of illegal mining.

I will never ever honour Parliament’s Invitation again – Blakk Rasta