The African Court is called upon to maintain its impartiality and objectivity regarding the Moroccan Sahara issue and not to adopt the theses of Morocco's enemies in this regard. 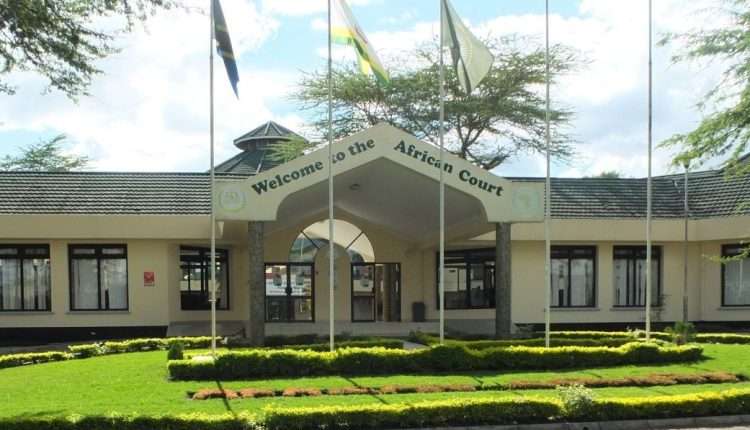 The African Court on Human and Peoples’ Rights seems to have yielded to blackmail and malicious maneuvers by Algeria and its protege the Polisario, by rendering on September 22 a controversial judgment favorable to the separatist theses of the Polisario.

The African Court on Human and Peoples’ Rights issued its ruling, following the complaint of Ghanaian Bernard Anbataayela Mornah against eight African countries friendly to Morocco, which is an unacceptable decision undermining the territorial integrity of the Kingdom.

Although Morocco is not a party to this case or to the African Charter on Human and Peoples’ Rights, the allegations against these brotherly countries are a desperate attempt by Algeria and Polisario to weaken the Kingdom’s place on the continental stage by involving all the institutions of the Union in the Sahara issue.

As a member of the AU, Morocco is committed to a definitive political solution to the dispute over the Moroccan Sahara, through the “autonomy initiative”, which continues to win the support of several states and organisations in Africa and around the world, who consider it the most serious, realistic and credible solution for the resolution of the Sahara dispute.

Similarly, the right to self-determination does not grant a part of the population the possibility to transform itself into a sovereign state. If this were the case, it would endanger all the member states of the AU and the UN, each of which contains populations wishing to become states.

To this end, the Court must not adopt a political discourse outside its legal competences, especially against a State that is not a party to the African Charter on Human and Peoples’ Rights.

The Court’s ruling shows a lack of knowledge among the members of this body of the developments regarding the Moroccan Sahara issue and the AU Troika Mechanism which has divested, since 2018, all AU oranges of the resolution of this dispute. Therefore, the African Court is called upon to maintain its impartiality and objectivity regarding the Moroccan Sahara issue and not to adopt the theses of Morocco’s enemies in this regard.

Moreover, the withdrawal by several African states, such as Rwanda, Tanzania, Benin and Côte d’Ivoire, of their special declaration made under Article 34 (6) of the protocol establishing the African Court, putting an end to the competence of this jurisdiction to directly receive complaints from individuals and NGOs, shows the lack of impartiality of the latter, which threatens the peace and security of the African continent.

The issue of the Kingdom’s return to the continental organisation, being a supreme decision of the African Heads of State, is hardly within the competence of the other AU organs. Therefore, the African Court on Human and Peoples’ Rights, whose mission is to ensure the respect and application of the African Charter on Human Rights, is not empowered to pronounce on or question the viability of Morocco’s readmission to the African Union.

This ruling will not affect the Moroccan government’s age-old ties with its people in the southern provinces and with countries friendly to Morocco.