Under the new policy, which was introduced in December 2021, a ₦10 tax on each litre is imposed on all non-alcoholic and sugar sweetened carbonated drinks produced and sold in the country. 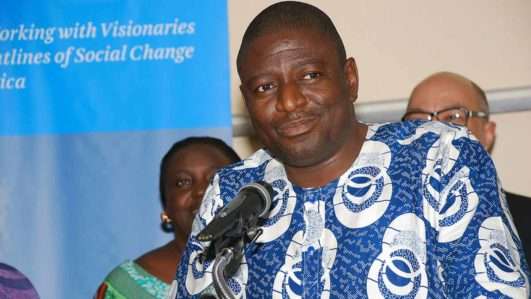 The Corporate Accountability and Public Participation Africa (CAPPA) has urged the Federal Government of Nigeria to reject the reported aversion of producers of carbonated drinks to the N10/litre on Sugar- Sweetened Beverages Tax which the government started implementing on June 1, 2022.

Media reports had indicated that some firms, operating under the umbrella of the Nigeria Association of Small and Medium Enterprises (NASME) had alerted that the new tax, which is embedded in the Finance Act of 2021, will lead to job losses and shutdowns in their lines of operation. The firms include the Nigeria Bottling Company, Nigeria Breweries and Rite Food Limited, among others.

Under the new policy, which was introduced in December 2021, a ₦10 tax on each litre is imposed on all non-alcoholic and sugar sweetened carbonated drinks produced and sold in the country.

Reacting to the alarm raised by the firms, CAPPA said that their line of argument is the same they have always circulated in the media whenever there is legislation that prioritizes the health and wellness of Nigerians ahead of profits.

“While the shutdowns and job losses threat does not come as a shock to the average Nigerian, we are taken aback by the industry deliberately avoiding the statistics of Nigerians suffering from diabetes, obesity and other illnesses associated with the products they produce.”

Oluwafemi pointed out that carbonated drinks producers are simply out to make money and mislead the public by lumping issues related to the pro-people sugar-sweetened beverages tax with other issues that are not in the same category. According to him, the industry is ultimately out to scuttle the implementation of the new tax regime.

Honesty and Transparency are the Hallmarks of the Direct…

Nigeria at the Finish Line of Eliminating Transfats –…

In 2021, Nigeria ranked fourth in sugar sweetened beverages consumption globally. The impact of this data on the social and economic spectrum for Nigeria is enormous and a pointer to a dangerous future. One would wonder if the members of these associations and their agents care about the wellbeing of their consumers who are predisposed to diabetes and obesity from the daily consumption of their products which have no nutritional value for their body system.

Oluwafemi reiterated that unchecked consumption of Sugar Sweetened Beverages is associated with many risk factors of Non-Communicable Diseases (NCDs) and by observation alone, there has been an increase in the number of young people coming down with heart related diseases, obesity, diabetes, and other preventable diseases associated with what they eat.

The CAPPA boss explained that the public health community frowns at the attempt to ridicule efforts of civil society, government regulatory agencies, and health institutions at curbing the financial and social cost of NCDs in a country where more than 73% of the entire population pay out-of-pocket for health expenses.

Extolling the Nigeria Custom Service (NCS) for its responsiveness in relation to implementing the policy, he urged the government to further increase the taxes by at least 15% which aligns with the World Health Organisation (WHO) recommendations for sugar-sweetened beverages. The WHO and other global experts recommend that sugary drink taxes should raise final retail prices of SSB by 20% or greater to have a meaningful impact in the reduction of the consumption.

CAPPA also encouraged the carbonated drinks producers to adhere to global standards which Nigeria is still a far cry from going by the negligible but commendable tax policy.

“We strongly support the current tax regime which is the first step to help Nigerians change their consumption patterns. Our expectation is that the government should ensure its strict enforcement and make sure the carbonated drinks producers comply with the policy”, he insisted.

Editorial: How it Confuses Some Elements can Shock

THE WESTERN TOGOLAND (BRITISH TOGOLAND) STORY – You Shall Know The Truth And The Knowledge Of This Truth Shall Set You Free!

Nigeria at the Finish Line of Eliminating Transfats – NAFDAC