While the motion was blocked by the ruling New Patriotic Party (NPP) on November 10, a large faction within the NPP (80 out of 137 members of parliament) has demanded that President Nana Akufo-Addo dismisses Ofori-Atta, stating that they “are going to be positively defiant and hold that posture until the action is taken”. This informs our view that fractures within the NPP will heighten political risk in the months ahead. 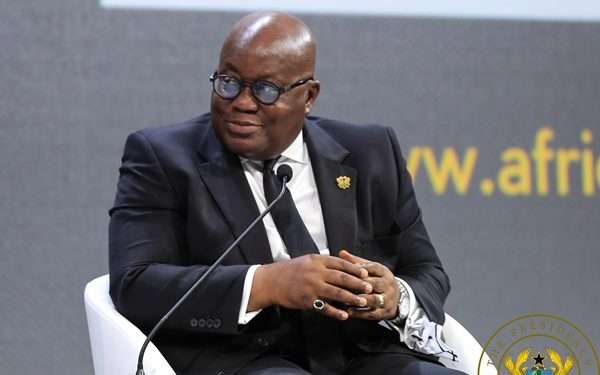 We at Fitch Solutions believe that political risk in Ghana will increase over the coming months due to growing division within the ruling party and worsening economic conditions. On November 8, Ghana’s opposition party – the National Democratic Congress (NDC) – submitted a motion in parliament to remove the country’s finance minister, Ken Ofori-Atta, over alleged mismanagement of the economy and alleged unconstitutional withdrawals from the government’s Consolidated Fund to build a cathedral.

While the motion was blocked by the ruling New Patriotic Party (NPP) on November 10, a large faction within the NPP (80 out of 137 members of parliament) has demanded that President Nana Akufo-Addo dismisses Ofori-Atta, stating that they “are going to be positively defiant and hold that posture until the action is taken”. This informs our view that fractures within the NPP will heighten political risk in the months ahead.

Indeed, we have revised down the Policy Continuity component of our proprietary Short Term Political Risk Index (STPRI) from 67.5 to 62.5 (lower score indicates higher risk). We have also downwardly adjusted the Policy-Making Process component from 61.7 to 60.0. This brings Ghana’s overall STPRI score to 60.3, from 62.0 previously.

We believe that division within the NPP will reduce Akufo-Addo’s political latitude. The 80 NPP members of parliament (MPs) that want the finance minister to be replaced are likely to increasingly put pressure on Akufo-Addo to do so. Indeed, we believe there is scope that this faction could abstain from voting or vote against the NPP’s legislation. Given that the ruling party does not have a clear majority in parliament (see chart below), this would effectively paralyse the already-slow policy-making process and delay necessary fiscal reforms as well as Akufo-Addo’s wider political agenda.

We believe there is a growing risk that these pressures could eventually lead to the removal of Ofori-Atta. On November 14, Akufo-Addo fired the Minister of State at the Ministry of Finance – Adu Boahen – following unproven allegations in a report into illegal gold mining. While being unrelated to the claims against Ofori-Atta, this move demonstrates that Akufo-Addo is increasingly under pressure to address corruption and economic mismanagement allegations.

Should the finance minster be replaced, negotiations with the IMF would likely remain largely unaffected. We believe that in this scenario, a change of finance minister would happen quickly and would not result in significant delays in talks with the IMF. Moreover, local media have identified current NPP MP Mark Assibey-Yeboah as the party’s favourite to replace Ofori-Atta. Given that Assibey-Yeboah had already called on the government to resort to the IMF in H122 – while Ofori-Atta remained opposed to an IMF bailout – we believe that he would take a more accommodative approach towards negotiations with the Fund. As such, we believe that a change of finance minister would most likely not impact the timeline of IMF negations and we would retain our view that a staff-level agreement will be reached in Q123.

The government will face additional pressure from more frequent protests and industrial action. Worsening living standards amid rising consumer prices – inflation reached 40.4% y-o-y in October 2022, the highest reading since 2001 – and tighter monetary conditions have led to a 72.7% q-o-q increase in protests and riots across in Q322 (see chart above). The country has also seen large industrial action in recent months, including a three-day retail strike in Accra in October.

Given that inflation is primarily driven by currency weakness, we expect price growth to remain elevated in the months ahead. Indeed, significant capital and financial account outflows caused by weakening investor sentiment will continue to weigh on the currency. Our view is further informed by the fact that previous periods of significant exchange rate weakness in Ghana all lasted roughly 12-14 months (see chart below), suggesting that the cedi will continue to depreciate into the Q123 (the current sell-off started in January 2022). This will keep inflation high, weighing on living standards and eroding support for the government.

History Suggests That The Cedi Has Further To Fall

Note: This chart shows the indexed value of the GHS against the USD per month during periods of significant weakness. Source: Macrobond, Fitch Solutions

However, we do not believe that an increase in anti-government sentiment under a likely IMF programme will undermine fiscal consolidation efforts. As part of an IMF programme, we would expect the government to have to implement fiscal austerity measures – such as tax hikes – to improve public finances, further weighing on living standards. While we believe that this will lead to an uptick in protests and strikes, with potential negative implications for economic activity throughout 2023, it is unlikely that this will result in the government changing policy direction. Given the fiscal pressures Ghana faces and the fact that it has been cut off from the international capital market since late 2021, we believe that the authorities will demonstrate sufficient commitment to fiscal consolidation in order to meet IMF targets and restore market sentiment.

National Cathedral: Expenditures were made from the Contingency Vault – Finance Minister