He beat off competition from Richard Ofori Agyemang Boadi, a Former Municipal Chief Executive for Obuasi and Mathew Kojo Njourkone, the immediate past Deputy Regional Secretary. 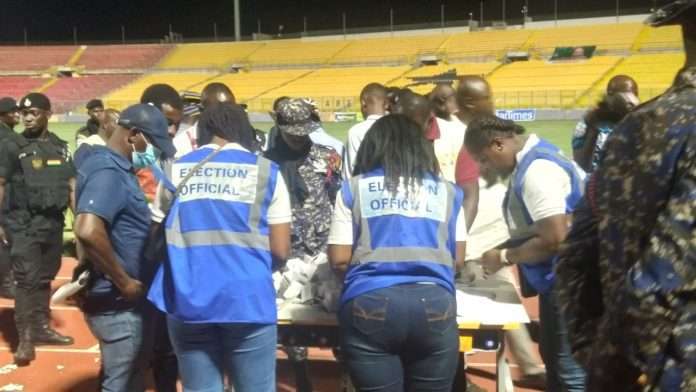 Dr. Frank Amoakohene, a Medical Practitioner has been elected the new Secretary for the National Democratic Congress (NDC) in the Ashanti Region at the Regional Executive Elections held at the Baba Yara Stadium.

He beat off competition from Richard Ofori Agyemang Boadi, a Former Municipal Chief Executive for Obuasi and Mathew Kojo Njourkone, the immediate past Deputy Regional Secretary.

Seen as the underdog ahead of the contest, Dr. Amoakohene’s election sparked spontaneous jubilation among his supporters who touted him as the new face of the party in the Region.

The race for the Communication Officer saw Abass Nurudeen defeating his Deputy, Alex Asafo Agyei for a second term in office.

He said the NDC was the overall winner and that the election was an internal contest that must not bring division in the party ahead of the crucial general elections.