He said apart from the caution notices given by the Ministry of National Security, the public must be educated on terrorism to enhance their security consciousness and keep them alert. 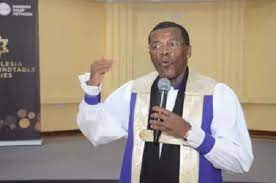 The Right Reverend Dr Gordon Kisseih, General Overseer of the Life International Church, has called for an increase in terrorism alertness and sensitization to keep Ghanaians alert of threats of terrorism.

He said apart from the caution notices given by the Ministry of National Security, the public must be educated on terrorism to enhance their security consciousness and keep them alert.

Rt. Rev. Dr Kisseih who was speaking to the Ghana News Agency in interview in Accra on the caution notices issued by the Ministry said although caution was important, it was not enough to prevent terrorism.

Rt. Rev Dr Kisseih, who is also the First Vice President of the Ghana Pentecostal and Charismatic Council (GPCC) said there was the need to create awareness on terrorism among Ghanaians adding that ‘the word terrorism should be a household word for the people to know that terrorism is real’’.

The General Overseer called for support for security agencies to help deal with the emerging threats which have been occasioned by political instability in the West Africa Sub-Region.

He urged the security agencies to communities on terrorism activities to prepare them for any unforeseen circumstances.

Rt. Rev. Dr Kisseih also called on stakeholders in the chieftaincy institutions to work to resolve all chieftaincy disputes in the Bawku municipality for peace, unity and development since the area could be subjected to terrorism due to its geographical location.

He urged the state and the peace actors not to rest on their oars, but to continue to work hard and be proactive in managing conflicts rather than waiting for issues to get out of hand before intervening.

GOT A STORY? Share with us. Email: [email protected] or [email protected] WhatsApp: +233(0)244822034
Dr Gordon Kisseihterrorism alertnessthreats of terrorism
0
Share FacebookTwitterWhatsAppTelegram
Subscribe to our newsletter
Sign up here to get the latest news delivered directly to your inbox.
You can unsubscribe at any time