EC finally declares: No Ghana Card, No Vote in 2024 Election…

But silent on the Jean Mensa Hotel and pending Article 146 Petitions for her removal from office as EC Chairperson. 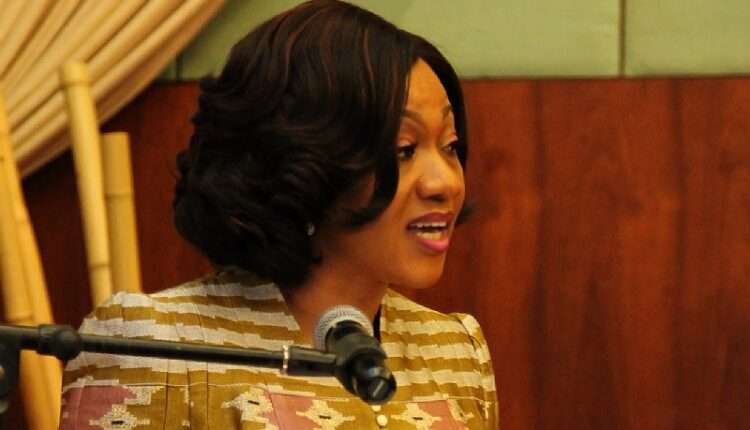 Fears of mass disenfranchisement of Potential Ghanaian Voters and possible rigging of Election 2024 became real after the Electoral Commission (EC) made having the Ghana Card a condition for voting in the next election.

The lessons from 2020 elections and the Ayawaso West Wuogon by-election, the associated violence and alleged rigging cannot be wished away.

The fact that the EC Chairperson was not allowed to be cross-examined by the NDC who felt hard done by and Ghanaians who were hoping that the truth about the controversial election results would be unearthed in court, cannot be forgotten…

The constitutional breach by President Akufo-Addo in not acting on the Article 146 Petition for the removal of Jean Adukwei Mensa as Chairperson of the Electoral Commission must be looked at, if the allegations of bias will be settled.

The procurement breaches by the Electoral Commission under Jean Adukwei Mensa have not been investigated despite similar breaches occasioning the removal of her predecessor, Charlotte Osei by President Akufo-Addo who said he is only a Conveyor belt in such Article 146 Petition cases.

The unexplained wealth and construction of a multimillion dollar hotel on plot No 39, a State Land in Cantonments fraudulently allocated to the EC Chairperson’s IEA must be investigated by the Office of the Special Prosecutor.

Is the the IEA now into hotel and hospitality business or still a Civil Society Organisation?

The Electoral Commission, its commissioners and staff must have a very high level of integrity to make the outcome of any election they conduct Credible.

The rating of the current Electoral Commission as one of the most corrupt institutions in Ghana, calls for the President to expedite action on the Article 146 Petitions that make allegations warranting the removal of Jean Adukwei Mensa.

Sadly, the Judiciary which is constitutionally mandated to adjudicate in election disputes is also rated as very corrupt, leaving Ghanaians stranded in their thoughts about the outcome of election 2024…

The 21st January, 2021 Petition is different from the Oliver Vormawor’s Article 146 Petition for the removal of Jean Adukwei Mensa.

The Chief Justice must confirm or deny receiving correspondence from the President on the 21st January 2021 Petition for the removal of Jean Adukwei Mensa and indicate what action(s) he has taken in accordance with the provisions of the Constitution of Ghana in respect of the said Petition.

Is Jean Adukwei Mensa above the law?

Is Jean Adukwei Mensa beyond the Constitution of Ghana and immune from Article 146 and removal from office?

Ghanaians want to know who is building the hotel on the land fraudulently allocated to Jean Adukwei Mensa’s IEA?

Mr. Special Prosecutor, Ghanaians are resolved to be Citizens and not Spectators…

The State must retrieve all the fraudulently allocated State Lands or return them to the Original Land Owners as prescribed by the Constitution of Ghana.

The Rawlings’ Ridge Bungalow after the demise of the Former President must also be retrieved to the State or immediately returned to the Original Land Owners.

Chief Justice Sophia Akuffo, Osafo Maafo and the many others who have taken over the Prime State Lands of Ghana must be compelled to return the Lands to the State or returned to the Original Land Owners who are being rendered Landless.

State Assets including State Lands and Bungalows are needed more now than ever before by the State, as Ghana battles bankruptcy and the plundering of the public purse.

God Save Our Homeland Ghana and help us RESIST OPPRESSOR’S RULE.

GOT A STORY? Share with us. Email: [email protected] or [email protected] WhatsApp: +233(0)244822034
024 electionAyawaso West WuogonChief Justice Sophia AkuffoECJean Adukwei MensaNO Voteo Ghana CardOsafo Maafo
0
Share FacebookTwitterWhatsAppTelegram
Subscribe to our newsletter
Sign up here to get the latest news delivered directly to your inbox.
You can unsubscribe at any time

Air travel is picking up; domestic passenger traffic expected to grow over the coming years – Akufo-Addo