“The exercise is going smoothly as we expect with the pace, we have set for ourselves. Achieving 80 per cent of the complaints which comes across the length and breadth of the country gives a clearer indication that we are on top of our business,” 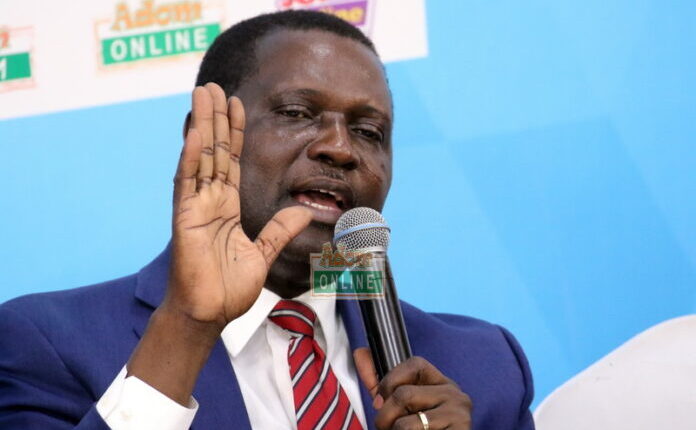 Mr Yaw Opoku Mensah, Deputy Spokesperson for the Ministry of Education, says the Ministry has been able to resolve more than 80 per cent of complaints received since the commencement of the 2022 Senior High School (SHS) self-placement process.

“The exercise is going smoothly as we expect with the pace, we have set for ourselves. Achieving 80 per cent of the complaints which comes across the length and breadth of the country gives a clearer indication that we are on top of our business,” he said.

Mr Mensah said this in an interview with the Ghana News Agency (GNA) on the sidelines of the SHS self-placement ongoing at the GNAT Hall in Accra.

He assured parents and guardians that the over 555,000 students would get their place of choice in terms of the placement for second cycle education.

The Deputy Spokesperson entreated them to remain calm, saying, they would ensure that the last person got to school before the process ended.

He advised them against paying monies to go-betweens for the placement of their wards.

“This process is free and fair with team of officers from the Ghana Education Service, TVET service and the Free SHS secretariat who are here to offer services. So, you do not need to bypass these platforms and go looking for someone to solve the issues for you at a fee,” he said.

Madam Nana Afrah Sika, Deputy Coordinator of Free SHS, said they were not able to reach some parents via phone because the contact numbers they provided were not effective.

She said some students also did not come with their “real” parents and advised parents to accompany their wards to the Centre themselves and not through intermediaries.

Madam Afrah Sika said another challenge was students with poorer grades wanting to be placed in first class schools.

She said as of Saturday, April 02, 2022, majority of 2,425 students at the placement Centre were placed in schools.

Meanwhile, some parents and students in an interview with the GNA were happy with the smooth running of the process.

Alfred Asante, a parent, said his ward had been placed in a school in the Central Region but they lived in Accra, so he wanted the school to be changed to Accra.

Madam Sarah Sarpong, another parent, also wanted a change in school for her ward due to distance.

Nicholas Mensah said he had three wards, two of them had been made day students, whereas, one had not been placed and wanted those placed to be made boarders and the other, placed in the school of his choice.

According to the Ministry of Education, out of the total number of 571,892 registered candidates, 555,353 candidates qualified to be placed.

The Ministry said 367,811 candidates had been automatically placed in one of their choices, adding that, 187,542 of qualified candidates would have to do self-placement to select from available schools since they could not be matched with any of their choices.

The CSSPS will never place you in a school you didn’t choose – Deputy Director-General, GES