Africa is not for Sale: Africans reiterate opposition to Water Privatization

The OWORAC is made up of activists from Cameroon, Gabon, Ghana, Kenya, Mozambique, Nigeria, Senegal, and Uganda amongst other African countries with deep threats of privatisation working collaboratively to push back against this new form of colonialism. 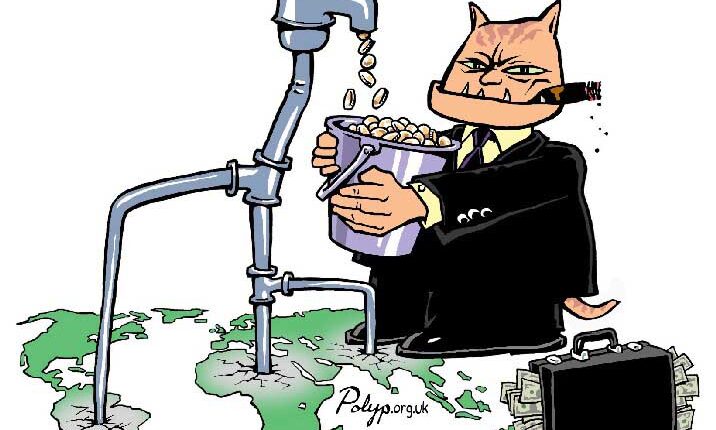 On the occasion of the 2022 World Water Day, civil society, labour and community activists under the auspices of Our Water Our Right Africa Coalition (OWORAC) have described the vicious attempt of water privatisers to commodify water in Africa, as the singular biggest impediment to universal access on the continent.
The OWORAC is made up of activists from Cameroon, Gabon, Ghana, Kenya, Mozambique, Nigeria, Senegal, and Uganda amongst other African countries with deep threats of privatisation working collaboratively to push back against this new form of colonialism.
In a statement released to mark the World Water Day, the coalition said their position stands to counter false ‘solutions’ espoused by the corporate-backed World Water Forum (WWF) which is holding in Dakar, the Senegalese capital, where multinational Suez’s large-scale water privatisation scheme is failing communities and workers.
OWORAC and other activists participating in the Alternative World Water Forum 2022 recognize that the struggle for water is an intersectional, internationalist struggle that needs a solid anti-capitalist, people-centered and feminist orientation. They are also calling on governments and public representatives to stop using the neoliberal full cost-recovery model for water services and to break ties with companies seeking to make profits out of water and to put water under democratic systems and institutions.
Well-funded and publicly accountable public water systems are the best way to ensure the availability, accessibility, and affordability of safe water service.
In 2021 the OWORAC exposed private water multinationals like Veolia and Suez’s aggressive push, backed up by international financial institutions and enabling governments, to take over Africa’s water systems with the sole purpose of profiteering without recourse to water as a human right.
Africa Must Rise and Resist Water Privatisation, a publication by the coalition released during the Africa Week of Action Against Water Privatisation which held October 10-15, 2021, insist that privatisation of the water sector including those backed by the World Bank, continue to threaten lives, livelihoods, food security, culture, health, education, and the integrity of natural environments in Africa.
Privatisation will make it impossible for the continent to meet the Strategic Development Goal 6 which advocates for availability and sustainable management of water and sanitation for all by year 2030.
OWORAC identified various examples of failed water privatisations projects on the continent and throughout the world, pointing out that the parading of privatisation of water as a solution to the problem of water availability problem in Africa poses grave dangers to universal access. An example of these failures is in Cameroon, where the government pulled out of a failed privatisation arrangement. Unfortunately, the same government is now considering embarking on another doomed privatisation arrangement under the guise of lack of public financing for the water utility company.
Related Posts

Jan 26, 2023
“In Gabon, a World Bank-backed privatisation was marred by consistent failures, including poor service and even a typhoid outbreak in the capital city. When the government ended this privatisation arrangement with multinational Veolia, the corporation took it to international arbitration, with the state ultimately paying tens of millions of Euros in a settlement. Now, the government is exploring re-privatisation of the sector.”
After ending a long-term urban water privatisation scheme that did not meet the expectations of the population, in 2021 the Mozambique cabinet approved a wide-sweeping privatisation scheme that would cover 19 large urban areas of that country. Mozambican civil society are deeply opposed to the corporate capture of the water sector.
Nigerian OWORAC activists also continue to resist the World Bank-promoted ‘’Public Private Partnership’’ (PPP) model of water privatisation in the country, sometimes referred to as the more innocent sounding but equally insidious “private sector participation.” Ghana, Kenya, Senegal, and Uganda are also countries where the threat of privatisation looms.
Akinbode Oluwafemi of Corporate Accountability & Public Participation Africa (CAPPA) while speaking on behalf of the OWORAC said:
“In the spirit of the World Water Day 2022 commemoration, it is imperative for African governments to be on the watch and refuse to be used to jeopardise the rights of their citizens to satisfy the greed of the water behemoths. As private water executives and financiers descend on the continent for the World Water Forum, we are reminded of the legacies of colonialism inherent in the current world order. This is not 1884, Africa is not for sale”.
He also challenged governments across Africa to look inward to make the public water sector effective.
Comrade Sani Baba of the Public Services International (PSI) said ‘’Privatisation is fast becoming the new colonialism on the African soil, and the gathering of corporate elites and privatisers on the African soil, in Senegal this year again is telling. Now, more than ever before is when African citizens must rise and resist the neocolonialism which commodification of water represents”.
The theme for this year’s World Water Day is “Groundwater: Making the Invisible Visible”. The theme reinforces the importance of groundwater which is an important part of climate change adaptation process and is often a solution for people without access to safe formal water service.
GOT A STORY? Share with us. Email: [email protected] or [email protected] WhatsApp: +233(0)244822034
AfricaAfricansComrade Sani BabaoppositionOur Water Our Right Africa CoalitionOWORACsaleWater Privatization
0
Share FacebookTwitterWhatsAppTelegram

The Hen consuming its Chicks: the reality between Ghana and her Youth