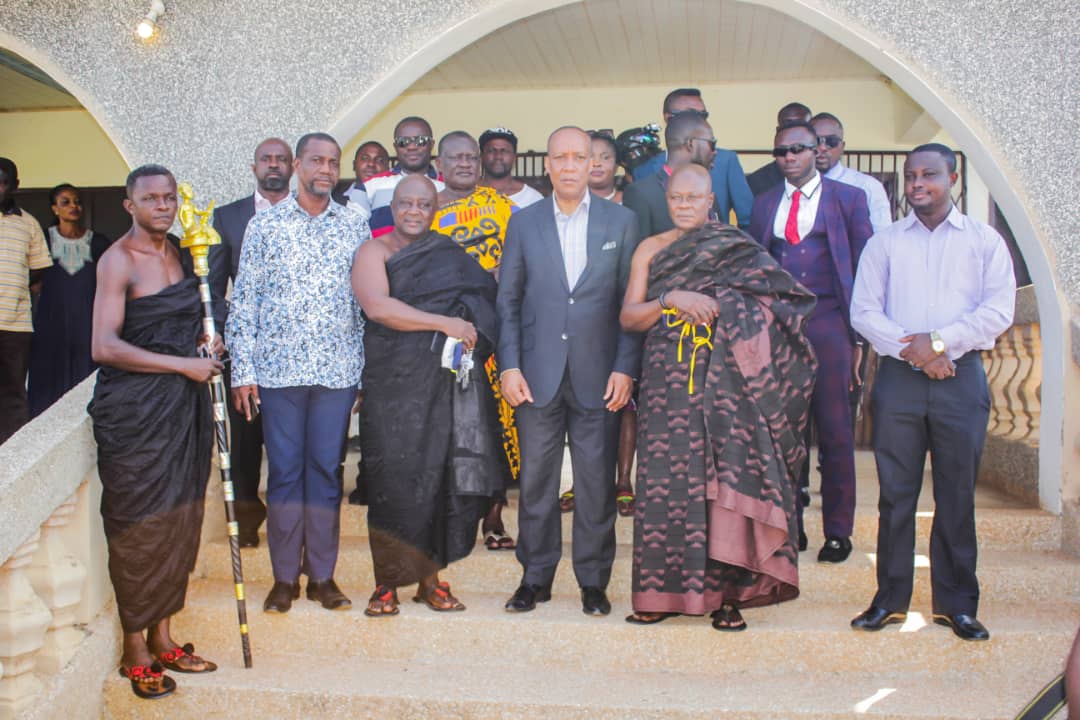 The Krontihene of the Sunyani Traditional area in the Bono region of Ghana, Nana Oboaman Bafotia Boaponsem has endorsed the candidacy of the independent candidate in this year’s general elections.

Nana Boaponsem said, he believed that independent presidency was the best for Ghana, because it was the sure way of uniting and moving the country forward.

He noted that, one thing that party politics has done to Ghana, was sowing discord in the citizens of the country; adding that, political parties were only interested in building their parties and not the country.

Nana Krontihene called on Ghanaians to vote for independent candidate, Afred Kwame Asiedu Walker, in this year’s general elections, because he has the best solutions to the country’s problems.

He also encouraged Mr Walker and his running mate, Jacob Osei Yeboah (JOY), not to give up on their quest to lead Ghana into her first independent presidency.

Nana Boaponsem was speaking on behalf of the Paramount Chief of the Sunyani Traditional area, Nana Bosoma Asor Nkrawiri II, on Monday, November 23, 2020, when Mr Kwame Walker and his running mate paid a visit to the Traditional council as part of their tour of the Bono region.

The chief further expressed worry about what he described as rewarding the best insulters. He observed that, when parties win power, the people who are given positions are usually those who insulted or attached their opponents the most.

He said, such a practice was not healthy for the country and, therefore, must not be encouraged. He appealed to politicians to promote peace and unity instead.

Nana Oboaman Bofotia Boaponsem also condemned pastors who engage in making political prophecies. According to him, “pronouncements that seek to suggest the winner even before the election are potential sources of confusion; as candidates could decide to reject the outcome of the election if it doesn’t go their way, just because a so-called prophet declared them winners”.

Nana Boaponsem stressed that, pastors had no business meddling in electoral affairs, and charged religious leaders to endeavour to be agents of peace.

He also called on the Electoral Commission, the security agencies and all stakeholders to play their roles well to ensure a peaceful general elections.

Mr Kwame Walker, earlier on disclosed his various policies and programs to the chiefs and asked for their blessings.