According to him, he doesn’t think President Akufo Addo has plans of finishing the many school and hospital projects by the NDC government because it will discredit him. 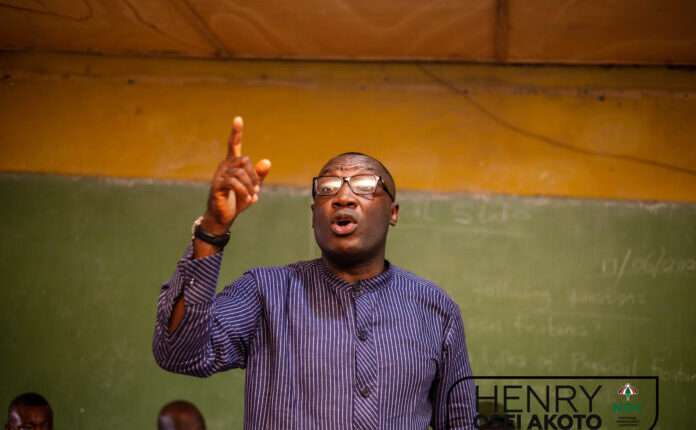 Henry Osei Akoto, the 2020 Parliamentary Candidate for Oforikrom on the ticket of the NDC has bemoaned the lack of commitment by the current government to complete projects which were started by the previous administration.

According to him, he doesn’t think President Akufo Addo has plans of finishing the many school and hospital projects by the NDC government because it will discredit him.

However, Henry Osei Akoto assured Ghanaians that Mr. Mahama will return to power to complete all the projects which have been abandoned.

Making his statement in a panel discussion on Accra FM he said “Mahama will return to complete his schools and hospitals in 2024”.

The erstwhile John Mahama administration promised to build 200 community day schools across the country by 2020.

The project was referred to as the “E-blocks”, but several of the projects which were near completion were abandoned after the NDC lost power in the 2016 general election.

During his submission on the floor of parliament after he was asked by MP for Wulensi, Hon Dawuni Abukari on Thursday, June 2, 2022 as to why the Nakpayili Community Day Senior High School had stopped, Dr. Adutwum who is the Minister of Education sited the unvailability of funds as the reason.

“Mr. Speaker, the project in question forms part of the Government‘s plans to complete all E-Blocks that are at advanced stages of completion and will therefore make provision for funding to complete this project subject to availability of funds,” the Minister stated.