Pastor Daniel Kpatah,  the Leader of a group of farmers at Nenyo Haborbor Community, who made the appeal through the Ghana News Agency, said the thieves operated mostly in the night and on Sundays. 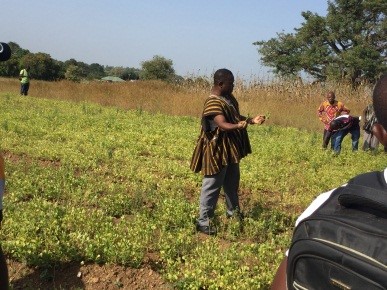 Farmers at Adaklu Kodzobi in the Adaklu District of the Volta Region have appealed to the police to help arrest persons who have been terrorising them by constantly stealing their farm produce and other items.

They said many farms and about five local gin ( akpeteshie) distilleries had recently not been spared by the thieves.

Pastor Daniel Kpatah,  the Leader of a group of farmers at Nenyo Haborbor Community, who made the appeal through the Ghana News Agency, said the thieves operated mostly in the night and on Sundays.

He said  a carton of weed killers, aluminum cooking pots and other items were stolen from his hamlet while copper pipes being used by akpeteshie distillers were also taken away.

Pastor Kpatah said they suspected the thieves were led by someone who knew the terrain well and were operating from outside the community.

He said they were yet to report the cases to the police and appealed to the public,  especially those living in Ho, to desist from buying used items and foodstuffs from suspicious persons.

Mr Moses Nyatsikor, a farmer, said aluminum sheets he used for shed on his farm were all stolen and called on the community members to be vigilant and report those they suspected to the Chief and the police.

Togbe Dzegblade IV, the Chief of the Community, warned those who would want to use the community as a haven for their nefarious activities to desist from it.