“We have been hearing reports of many chronic diseases affecting people in galamsey prone areas, their water bodies have been contaminated, their environment look bad and children especially are exposed to this unhealthy atmosphere which is bad.” 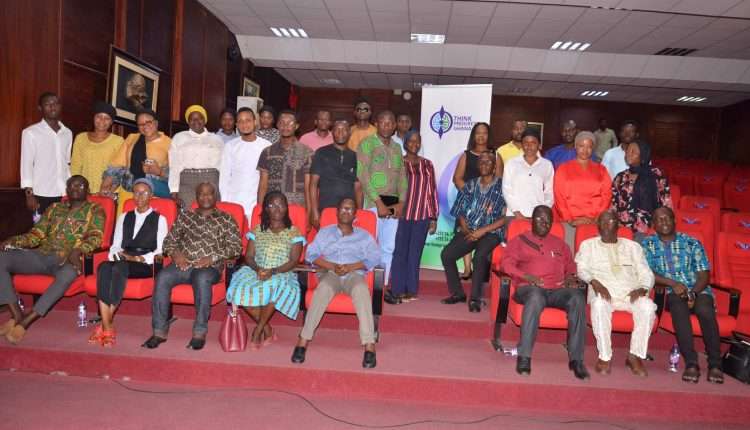 The Co-Principal Investigator of the University of York-UG’s Galamsey Research Team, Prof Gladys Nyarko Ansah has called for intensified efforts by the government and the citizenry to bring an end to activities of illegal miners in the country to protect lives.

She stated that research had proven that individuals living in heavily mined areas were at the risk of contracting various chronic diseases including respiratory illnesses and lung cancer.

Prof Nyarko Ansah said this in Accra at a round table discussion held under the theme “Galamsey: Drivers, Costs and Possible Solution.”

The programme, organised by Think Progress Ghana, a public policy think tank was in partnership with the Graduate Students’ Association of Ghana (GRASAG), Ghana Institute of Management and Public Administration (GIMPA).

According to Prof Nyarko Ansah, the time to permanently stop illegal mining and also control licenced miners to ensure they were not causing more harm to the environment and people living in their areas of operation was long overdue.

“We have been hearing reports of many chronic diseases affecting people in galamsey prone areas, their water bodies have been contaminated, their environment look bad and children especially are exposed to this unhealthy atmosphere which is bad.”

“This is a matter of health and safety and must be prioritised. Let us come together and bring an end to all forms of mining that put the lives of human beings at risk,” she added.

Dr Yao Graham, coordinator of the Third World Network-Africa in his submission reiterated the need for an immediate change in the discourse of stopping galamsey, from war, to collaborate with people living in mining communities.

He bemoaned that “some rich and mighty people in this country are involved in illegal mining and this is disheartening considering the negative impact this menace having on our water bodies, forest reserves and the general wellbeing of the people.”

Dr Graham stated that large scale mining also contributed to the destruction of the environment as it had displaced many, adding that whiles targeting the illegal miners, focus should also be directed at the licenced miners who were equally causing destruction to the environment with their mining activities.

Explaining, he said all gold production required the use of large quantities of water therefore stopping illegal miners alone would not save Ghana’s deteriorating environment.

The Executive Director of Think Progress Ghana, Prof. Anthony Mawuli Sallar, in his remarks stressed the need for the safety of mankind to be prioritised than gold or any mineral, saying oil, gold and diamonds could not be compared to how precious life was.

“I will even say we should stop digging for oil and any valuable resource underneath the earth, it cannot be done without causing destruction to the environment and putting lives at risk. The danger of galamsey is being taken for granted today because of too much love for money and the leaders are looking on.”

“We must all rise up and say no to all forms of activities that further degrades our environment,” Prof Mawuli Sallar added.