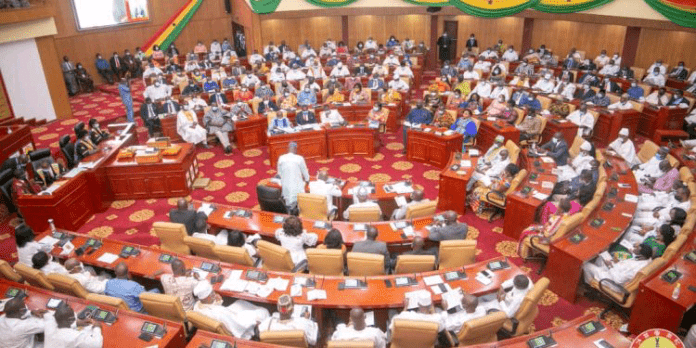 Ghana’s parliament on Tuesday narrowly approved the proposed 2023 budget, overcoming resistance from opposition lawmakers over the inclusion of a debt exchange programme and increased value-added tax.

The West African nation’s debt amounts to more than 100% of its gross domestic product, and payments to service that debt regularly range between 70% and 100% of government revenue.

Jan 31, 2023
Ghana is in talks with the International Monetary Fund for a support package to help relieve its debt distress, and hopes to secure a staff-level agreement in coming weeks.

Proponents of the budget argued that the public are already undertaxed, and that the country’s debt burden leaves them no choice but to restructure.

During a presentation detailing the restructuring strategy on Monday, Samuel Arkhurst, Ghana’s treasury and debt management director, said the budget’s finer details would need to be revised following the debt exchange’s launch later this month.