Ghanaian Youths: We will continue to hoot at Akufo-Addo if things remain the same

“Since the youth suffer the most from these decisions, they will boo the most at the President” 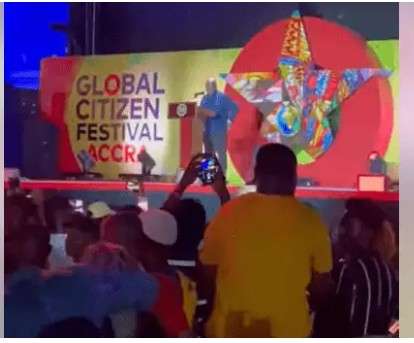 The Coalition of Youth Organisers has waded into last weekend’s “embarrassing” incident when President Nana Addo Dankwa Akufo-Addo was heckled and booed by patrons during his speech at the Global Citizens Festival staged at the Black Star Square in Accra.

The unfortunate incident was widely reported by the major media outlets, leaving political parties in a state of division on the action by the predominantly Ghanaian youth who were mocking the President Akufo-Addo-led government on the current economic situation in Ghana.

A release issued by the Coalition of National Youth Organisers on Thursday, September 29, 2022 indicated that the booing by the youth was as a result of poor governance and economic mismanagement of the NPP.

It states that a plethora of issues confronting the country like corruption, nepotism, youth unemployment and extravagance in government expenditure also dominated the reaction at the concert.

“Since the youth suffer the most from these decisions, they will boo the most at the President,” the statement added.

“It is rather unfortunate to witness such disgrace of the President on an international platform.

“But the adamancy of the President to the issues that concern the average Ghanaian warrants such a reaction from the youth of Ghana.

“Serious issues like reshuffling ineffective ministries to bring some sort of discipline to the system were taken lightly by the President.

“Perhaps his advisers are doing him a disservice. Nevertheless, the youth will continue to channel their revulsion towards the President every least chance they get if he continues on this same trajectory for the years left of his tenure. And it must be prudently asserted that this will not look good in the right–years CV of the NPP in the lead up to the 224 General election.”

The fight against Galamsey is a collective one; requires the cooperation of all citizens – Abu Jinapor