The government borrowed Ghana into bankruptcy while sections of the Media were aiding Databank churn out fake economic data. 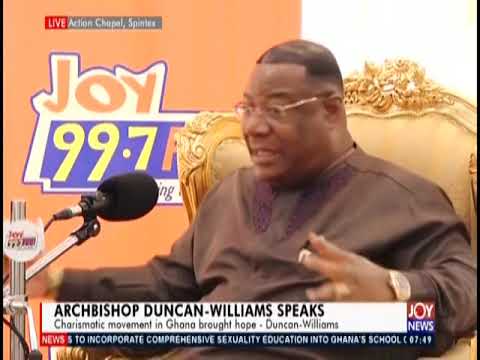 Ghanaians deserve the Government they have?

The government foisted on them by the Electoral Commission, armed Security operatives at collation centres?

The government propped by sections of the Media, Civil Society and Clergy?

The NDC particularly Hon. Isaac Adongo and Hon. Ato Forson warned us, they predicted this catastrophe and even offered remedies long before this Apocalypse.

The Media mocked them and the opposition called them names, even some who are suffering from the effects of the collapsed economy joined in the chorus…

The government borrowed Ghana into bankruptcy while sections of the Media were aiding Databank churn out fake economic data.

The Databank propaganda was promoted on key media networks at Prime-time through its Databank Research pretending the Ghanaian economy was Robust and Resilient when it was actually tanking.

These Databank Research propaganda broadcasts deliberately aired on these carefully selected networks were designed to sustain the LIES, presenting a facade so Ken Ofori-Atta could keep borrowing on the domestic and international bond market and encouraging innocent Ghanaians to invest in “SAFE” government bonds…

TODAY IT HAS ALL CRASHED.

Ken Ofori-Atta is still at post with his booty in Databank intact, and even eyeing extra cash from Government of Ghana liquidity support through the Bank of Ghana and authorisation from the Securities and Exchange Commission headed by the former Vice chairman of Databank, Rev. Ogbami-Tetteh.

Meanwhile, Charles Adu Boahen is gone to enjoy his share of the loot…

Sadly, the media is not demanding the return of the commission profit made by Databank and Black Star Advisors belonging to Ken Ofori-Atta and Charles Adu Boahen.

Ken Ofori-Atta and Charles Adu Boahen as Finance Ministers had their private companies advice on borrowing so they make money, while Ghana and Ghanaians suffer…

Today, Ghana has been navigated back to HIPC by the Economic Management Team led by Dr. Bawumia.

Instead of apologising for creating the monumental mess, several members of the Economic Management Team are rather lacing their boots to run for President.

Ghana and Ghanaians have been left to pick the bills in extra taxes, hike in utility bills, inflation, high cost of living and being forced to take HAIRCUTS…

Foreign contractors are folding up and leaving Ghana…

Job freeze and layoffs are happening…

The GOLD FOR OIL deal, necessitated by the depreciation of the Cedi to the Dollar and poor reserves require further scrutiny…

GHANA’S GOLD RESERVES MUST BE CHECKED.

Ghana’s Foreign Currency reserves and import cover of approximately one (1) month is scary.

The latest is that COCOBOD is bankrupt and cannot pay Cocoa Bills yet was busily Stealing La Trade Fair Land.

McDan as Board Chairman and Ken Ofori-Atta’s handpicked CEO, Dr. Agnes Adu and David Adjaye must answer how 50acres of the Trade Fair Redevelopment Project Land was to be taken by or stolen through COCOBOD with no purpose in mind at a meeting 17th April, 2018…

This is confirmed in a signed Board Minutes of the Tradefair Company 13th April, 2018 which also confirmed the alterations to the Executive Instrument used for the Trade Fair Acquisition removing the protection clauses, unilaterally extending the expired lease by 99years and fraudulently obtaining Title to the Trade Fair land for GHc10,000 thereby depriving the Original Land Owners of their Lands FOREVER.

McDan’s Monopoly of Songhor Salt was made possible by an Executive Instrument signed by President Akufo-Addo in November, 2020.

The brutalitalization of the Chiefs and People of Ada over the Songhor Salt and Lagoon has not attracted the attention of President Akufo-Addo [just like his silence over the Kpletso Shooting and Assault by armed men in Ghana Army uniforms];

McDan at a very recent event, lamented that Ghana is not developing because Ghanaian businesses are not being given preference over foreign companies…

McDan as Board Chairman of the Trade Fair Company, however, is credited with supervising the Demolition of private companies owned by Ghanaians at the Trade Fair Site for the Redevelopment Project to commence…

The Tradefair Redevelopment Project if completed would have been a boost to the African Continental Free Trade Area [AfCFTA] which Secretariat hosted by Ghana would have been located at the La Trade Fair Centre.

The Trade Fair Redevelopment Project tender was done through an international Convention tender supervised by PriceWaterHouseCoopers and won in 2016 by a 100% Ghanaian owned company, THE REROY GROUP led by a female entrepreneur…

Despite warnings of potential Judgement Debt from several law firms including Akufo-Addo, Prempeh & Co belonging to the President;

McDan, Ken Ofori-Atta and Alan Kyeremanteng refused to work with the Ghanaian company that won the International Competitive Tender to redevelop the Trade Fair.

An indigenous 100% Ghanaian owned company, winning a competitive international tender was ignored by President Akufo-Addo, Alan Kyeremanteng who signed the agreement with the foreign company in the presence of McDan.

The redevelop contract with the Stellar Holding Pte Ltd was for 65acres out of 140acre of Tradefair Redevelopment Project Land;

Who was to take the remaining 75acres of the land?

Similarly, the Cathedral Project Land registration documents must be made public; especially as the names on the registered company to own its property including the prime land does not tally with the Trustees.

Archbishop Dag Heward-Mills penultimate letter before his resignation holds the keys to the Cathedral Lies.

The status of All State Acquired Lands must be immediately audited and made public.

The Lands Minister, Samuel Abu Jinapor had on national television stated that the people who are revered in our society drive around on weekends looking for State Lands and Bungalows with little or no activity then come to his office to pressure him to allocate these prime lands to them.

Given that the proceeds of Galamsey, Corruption and Money Laundering are hidden in fraudulent Land Transactions, the Special Prosecutor must take immediate action.

Ghanaians are rising up slowly, the resistance to the Debt Exchange Programme is ample testimony.

THE GHANA UPRISING which Akufo-Addo predicted in the studios of Peace FM on Kwame Sefa Kayi’s Kokrokoo show that Ghanaians are likely to have has indeed started.

The Ghana UPRISING which was confirmed by the former Chief of Staff to President Kufuor, Kojo Mpiani and former National Security Coordinator Brigadier General Nunoo-Mensah is unlike the Sri Lankan version or the Arab Spring though it could soon change in dimension…

Your nation deserves your devotion, do not allow any military adventurers to take advantage of the situation…

Ghanaians no longer trust the media, CLERGY and courts; which is the biggest danger.

Reverend titles and Christianity are now used as shield to commit crime and evade punishment.

Newsfile, OccupyGhana and others who are being selective are the worst examples of the Hypocrisy of the Media and Civil Society landscape.

“The President is a only a conveyor belt or post office address in all Article 146 Petition cases” espoused eloquently on Newsfile by the OccupyGhana folks during the Charlotte Osei case until Article 146 Petitions for the removal of Chief Justice Sophia Akuffo and Jean Adukwei Mensa came and the lost their voices?

OccupyGhana and Sampson Lardi Anyenini’s Newsfile programme never once discussed the Justice Sophia Akuffo Article 146 Petition for the two years that President Akufo Addo refused to act on it in breach of the Constitution of Ghana.

OccupyGhana and Sampson Lardi Anyinenyi are aware of the existence of two (2) Article 146 Petitions for the removal of Jean Adukwei Mensa as Electoral Commission Chairperson since 2021, yet have been silent for two years whiles President Akufo Addo continues to ignore the Petition in breach of the Constitution, thus committing HIGH CRIME which is sufficient grounds for his removal from office.

Were Lawyers Ace Ankoma, Yaw Oppong and others who appeared regularly on Newsfile to say that “the President was only a CONVEYOR BELT, in such Article 146 Petition cases” sincere?

GHANA IS A REFLECTION OF THE MEDIA AND THE SOCIETY.

The ruins of the La General Hospital and the La Tradefair amid the Looting of La Lands is no coincidence.

The State Sponsored Stealing of Lands, Looting of State Funds particularly through criminally-minded officials of the Lands Commission and the impunity of the President, State Actors and the Government reflects STATE CAPTURE.

The selectivity and radio silence on key infractions of the President and the Government is confirmation of MEDIA CAPTURE.

God Save Our Homeland Ghana and help us survive the WASTED YEARS OF THE AKUFO-ADDO-BAWUMIA Government and their DumbDogs who can’t speak truth to power because they are compromised or complicit or corrupt.

Boy Who Sang Like Akon with Sweet Voice gets Record Deal