Ghana’s Galamsey Fight is a Fatal Comedy: Samuel Abu Jinapor is Promising Due Process by the Military?

There is no evidence of due process in the earlier Military-led operations which resulted in the illegal burning of Excavators and other evidence at Galamsey sites which by law should have been handed over to the Police. 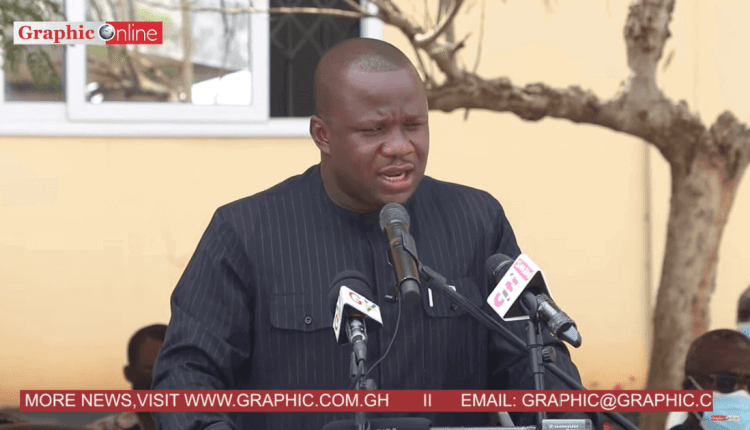 If Samuel Abu Jinapor was not a Lawyer, the obvious contradiction of promising due process while putting the Military solely in charge of fighting Galamsey would have been considered an act born out of ignorance.

Samuel Abu Jinapor’s integrity is being tested by his attempt at self-investigation using an agency of the Ministry [Forestry Commission] under the guise of an “Operational and Legal Audit”, instead of doing the right thing of he and his deputies stepping aside to allow for an independent body such as the Police to conduct thorough investigations without any Interference, amounts to self-dealing.

There is no evidence of due process in the earlier Military-led operations which resulted in the illegal burning of Excavators and other evidence at Galamsey sites which by law should have been handed over to the Police.

The non-prosecution of the rogue Military officers and members of the Delta Force who were seen on Erastus Asare Donkor video, protecting Chinese Galamseyers in the forest, is the clearest indication that the Military cannot be trusted to be in charge of fighting Galamsey let alone civil processes such as following due process…

Samuel Abu Jinapor said that “Without cutting off the head of the Snake [Serpent of Galamsey] the fight against Galamsey cannot be won.”

Interdictions, Resignations,  Dismissals, Arrests and Prosecution is what Due Process looks like…

Ghanaians will ensure that due process and a thorough investigation happens, not necessarily by the Special Prosecutor…

On what basis do they call for the arrest of Chairman Wuntumi yet leave the Okyehene’s Galamsey Vigilante group that went on a shooting spree to walk free?

On what basis do they call for the arrest of the DCEs and Regional Ministers yet leave the Deputy Lands Ministers and Samuel Abu Jinapor to remain at post to interfere with investigations?

On what basis do they overlook the charade of an investigation by the Forestry Commission and the smokescreen of “new fight against Galamsey” to be conducted exclusively by the Military which was launched by the Lands Minister.

EVERYBODY MUST STEP ASIDE, BE SACKED BY THE PRESIDENT OR BE REMOVED BY THE PEOPLE.

President Akufo-Addo must demonstrate seriousness about the fight against Galamsey.

GHANAIANS ARE NOT FOOLS.

Same tactics used to prolong the Looting of State Lands under the watch of Samuel Abu Jinapor must not be countenanced in the Galamsey epidemic which is threatening to destroy Ghana and kill Ghanaians.

TRUST DEFICIT:
Samuel Abu Jinapor promised on the floor of Parliament to make public the Report on the Kpletso Lands and has failed to do so for almost a year and a half.

The biggest test of the integrity of the Lands Minister,  Samuel Abu Jinapor is the Cantonments Civil Aviation Land Looting currently underway despite the halt of the fraudulent takeover by his predecessor and a Report he commissioned yet has failed to make public.

Then decide, if Samuel Abu Jinapor is worth being trusted to lead the Lands,  Forestry and Natural Resources Ministry let alone has the integrity to fight against Galamsey or Protect Public Lands.