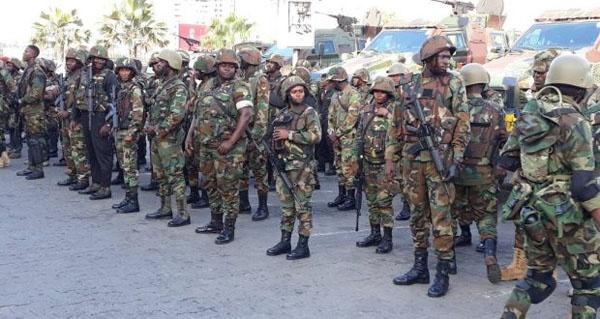 The Vice President of the Volta Regional House of Chiefs, Togbe Patamia Dzekley, says chiefs are yet to receive a response from the government on the call to withdraw security personnel deployed to the region.

The Volta Regional House of Chiefs in a statement said the continued presence of security personnel in the area will discourage citizens from casting their ballots in the upcoming general elections.

“They [existing security personnel] were all operating normally without any heavy-handed approach to situations in our region,” Togbe Patamia Dzekley said.

He also stressed that the chiefs did not have any partisan alliances to the National Democratic Congress (NDC) as has been alleged.

“The House of Chiefs are an independent body. They should stop profiling us as agents of a particular party. They have not actually addressed the request for the withdrawal of the security personnel. Let me make this issue clear to government and everybody that we do not belong to anybody in this country.”

The Volta Region is known as an NDC stronghold and recent army deployment have prompted apprehension from observers like the Volta Regional House of Chiefs.

The recent army deployments to the region were in preparation for the December 7 election.

But there are concerns that this is an attempt to suppress votes.

The Volta Regional House of Chiefs together with the opposition NDC had asked government to withdraw the military from the region.

According to the chiefs, the deployment begun in September 2020 in the wake of the Western Togoland secessionists violence.