Govt is fixing the Drainage Challenges – Works and Housing Minister 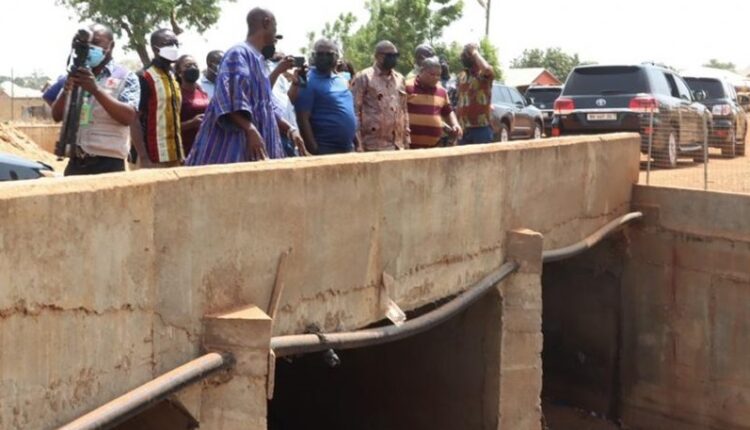 The Minister for Works and Housing, Mr Francis Asenso-Boakye has given the assurance that government will continue to commit the needed resources to address the drainage challenges being experienced in some part of the country.

The problems of flooding in major cities in recent time, have led to lots of drains being constructed through various government interventions, with existing ones undergoing excavation, rechanneling and maintenance across the country, all in an effort towards reducing the perennial devastation of flooding.

Despite these interventions by government, Asenso-Boakye said the establishment of an administrative and legal framework will be the long-term solution in the county’s efforts towards the provision of drainage infrastructure to nip the perennial flooding and its associated challenges in the bud.

This, he indicated, is the reason the Ministry is currently pursuing the Hydrological Authority Bill, which when passed, will mandate it to develop a comprehensive drainage master plans to mitigate the effects of flooding and the protection of the country’s coastlines.

The Works and Housing Minister was speaking to the media during a two-day working tour to the Northern Region to inspect some projects being undertaken by the Ministry. The Minister assessed the major drainage channels in the Tamale metropolis notable amongst them are the up and downstream of the Karalega drainage channel as well as the Gariba channel that connects many tributaries from the city centre.

It will be recalled that some suburbs of Tamale Metropolis have had recent perennial flooding following a heavy downpour, causing damage to properties, and affecting livelihoods of people.

He however expressed worry about the dumping of waste along drains that further exposes residents to floods in the event of rains, noting that “the drainage issue I have seen here in Tamale today is not different from the ones in Accra and Kumasi. Certainly, there are sanitation issues. I have seen dumping of waste into drainage channels which impede flow and cause all kinds of problems”.

The Gulkpe Naa (Chief of Tamale) whom the Minister had called on earlier expressed his appreciation to the Minister for his visit and concerns for the people of Tamale and prayed the works of the Minister becomes successful. 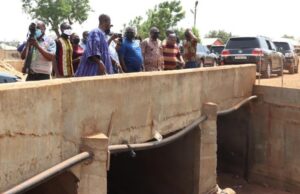