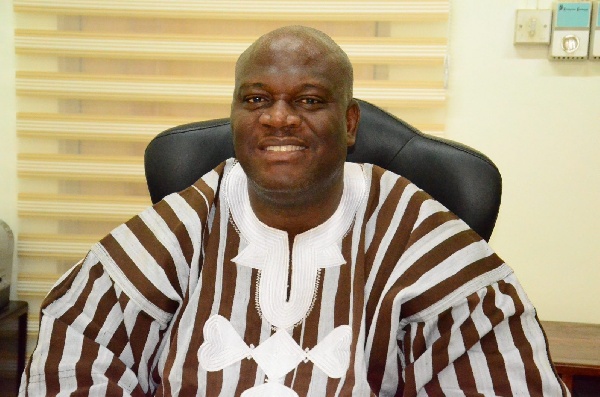 The Deputy National Security Minister, Henry Quartey, Army Commander, Major Gen. Thomas Oppong-Peprah and others, spent a greater part of their last Saturday at the Michel Camp, holding an emergency meeting with angry soldiers at the First Battalion of Infantry (1BN) at the Camp near Tema.

However, what was meant to assuage the pains, frustration and anger of the soldiers, turned out to do the opposite, as Mr Quartey, ended shockingly taken the angry soldiers for kids promising them rice, oil, assorted drinks ,as sponsorship for this year’s West Africa Security Services Association (WASSA) games at the 1BN.

The troops had been brooding over the assault on one of their popular Physical Training Instructor (PTI) Warrant Officer Class One (WO1) Mashud Salia on the Ashaiman Tulaku-Michel Camp highway by heavily armed elements of the New Patriotic Party (NPP) operating under the cloak of National Security.

There are reports that, Osei Tutu was allegedly sacked by BNI over some incident years ago, but brought back when Akufo-Addo took office, and made Deputy Director in-charge of an institution believed to be eavesdropping on peoples’ telephone conversations.

The physical assault and the public humiliation of the soldier, created tension in the barracks with the soldiers particularly angry at the Commander of the 1BN, Lt. Col S.B Nyante, for not allowing them retaliate the public embarrassment.

The Deputy National Security Minister and others sent to go and beg at the emergency meeting held inside the St. Michael Catholic Church at Michel Camp, the anger got worse when the Deputy Minister, enquired how many soldiers would attend the WASSA; recreational activities promise rice, oil and assorted drinks, but there was dead silence followed by anger.

WO1 Mashud Salia, was fully dressed in military uniform, when he was dragged out of his private Toyota Camry car in broad daylight by the heavily armed men and beaten in the middle of the highway like a common criminal.

The lead vehicle blocked that of the soldier and armed men alighted from the other vehicles and allegedly started to slap him behind the steering wheel and after pulled him out.

But before pushing the WO into one of their vehicles, they had dragged him to Osei Tutu, who interrogated him in the middle of the road before ordering one of his men to join the soldier’s car to Michel Camp, where he and his car were handed over to his superiors.

The NPP men who were described as wearing brown khaki similar to the hoodlums who stormed the Ayawaso West by-election, drove in four vehicles crossed that of the soldier, pulled him out, beat him to pulp, handcuffed him and took him away. They had accused him of refusing to give way to the convoy.

But The Herald’s findings were that on hearing the sirens, WO1 Salia, tried desperately to park his car well to enable the approaching convoy pass, but could not find a good spot.

The road very well known for its heavy traffic, and the WO’s inability to locate a convenient place to park his car, infuriated the convoy.

Many personnel within the state security apparatus, especially the Ghana Armed Forces, Ghana Police Service among others, feel that the Akufo-Addo government has created a paramilitary body in the country who are heavily armed with sophisticated weapons to rival them.

The Herald is told that WO1 Salia, is a highly disciplined and respected military instructor, who is held in esteem regard by the rank and file of the battalion.

They could not comprehend the maltreatment meted out to him by national security operatives, some of whom were seen videotaping the barbaric incident.

There had been several incidence of violence, including clashes between the regular state security and paramilitary body made up of NPP elements grouped into Invincible Forces, Delta Forces among others, some of whom have been coopted into some of the stare security apparatus.

The Ayawaso West Wuogon by-election, had seen the deployment of party boys to rival the state security with the regular police not knowing that National Security was sending what it called “operatives” from the SWAT team who wore mask, armed and beating up people. Others sustained gun wounds and have been left with permanent disability.

In March 2017, the Delta Force stormed the premises of the Ashanti Regional Coordinating Council, demanding the removal of the Regional Security Coordinator, George Adjei.

The rowdy group destroyed some properties and forced the Security Coordinator out of his office.Mr George Adjei, had just been appointed by President Akufo-Addo, but the group had indicated that they cannot work with him, because he did not contribute to the party’s electoral success.

The Regional NPP security organizer, Kwadwo Bamba, who led the angry group to the premises of the Council said “we cannot work with him, where was he when we were struggling for the party to come into power?”

They said they want one of their own to be named the Regional Security Coordinator. The timely intervention of personnel from the Ghana Police Service saved Mr Adjei from further attacks.

When some members of the Delta Force were arrested and arraigned, others stormed the court to free them in another rowdy situation which saw the lady judge sitting on the case to flee for her life. The case was hash up somewhere and put before a judge who under strange circumstances fined them.

They quickly paid and were set free to the annoyance of many, including the Asantehene Otumfuor Osei Tutu. They were later to reveal that ahead of their appearance in court, they were told that they were going to be fined, hence had the money on them.

During the voter registration exercise, a video emerged of a member of the NPP in the Asawase Constituency of the Ashanti Region with a gun threatening a police officer for not allowing him have his way. Not even the interventions of some soldiers could calm him.

About two week ago, some three men believed to be part of the NPP group, had videotaped themselves issuing threats and warning electorates about Election Day.

The Herald checks at the battalion, suggest that the soldiers were still angry over the incident, suggesting the emergency meeting did not address the situation.

Commenting on the development, Security analyst, Prof. Kwesi Aning, said attacks on serving military officers by national security operatives is becoming repetitive and must be stopped.

“I think we should be looking at first who has the right to masquerade as national security personnel and how the person must behave. This issue has to be dealt with and dealt with quickly because this is intolerable. This attack on the soldier is a national crisis.

“If this is not clamped down right now, I think those who masquerade as national security will be the ones posing more threat than citizens because they think the law is on their side and they’ll be left off the hook. As ordinary citizens, we need to be educated on the law of sirens so that we are not battered even when we are using the roads legitimately,” he said.