US$539,600 blown on four-page spread advert In International Magazine 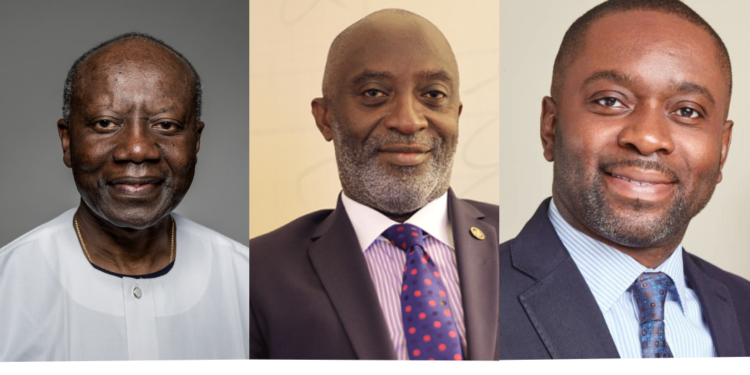 True to his words that his decision to sell Ghana’s gold royalties is not up for discussion with the people, Ghana’s Finance Minister,Ken Ofori-Atta and his proxies-turn-CEOs at Ghana Investment Promotions Council (GIPC) and Mineral Income Investment Fund (MIIF) (Yofi Grant and Edward Nana Yaw Koranteng) have taken to the international press with expensive adverts to court the attention of the London Stock Exchange.

Ken Ofori-Atta, told the Ghanaian press in May this year that he is determined to sell the Gold assets because he feels it is the best for Ghana. He went on further to indicate that the government was able to pass the controversial E-levy because he refused to listen to noise makers. “We would have stopped short at E-levy because of the noise, suddenly we have a tax handle that will be phenomenally important for the country”.

Many Ghanaians were incensed by the comments of the finance Minister and his apparent arrogant posture that he will stop at nothing to sell the premium share of Ghana’s stake in gold mines, Royalties.

Consequently, all efforts are at play to clean up the bad image the Agyapa transaction has got internationally. Ofori-Atta is clear in his mind that the acceptance of the transaction on the London Stock Exchange is the only hurdle in his way, not the Ghanaian people or any ally baffled by his decision to sell the assets.

Last week, GIPC and MIIF, headed by friend of Ken Ofori-Atta took four pages in the international magazine, The Economist, and paid about and paid about Five hundred and thirty nine seven thousand United States Dollars (US$539,600) for a four page spread advert.

The Herald has picked up intelligence that other magazines will receive similar sums to paint a good image for the Agyapa transaction.

Our source within the government indicates that a total of $15 million has been earmarked for the international campaigns before going to the London Stock Exchange in October.

Subsequently, the President of Ghana, Nana Akufo-Addo called for the transaction to be subjected to public consultations before the Minister for Finance proceeds with it. This was close to the 2020 general election. However, after winning the election, the government has refused to engage as promised, creating the impression that the transaction was only suspended to allow the president to win his second term.

Civil society has recently begun another round of advocacy to push back on the sale of Ghana’s royalties. A group of 24 CSOs held a press conference in May to hint at measures to prevent the proposed sale of the assets, including going to court.

The opposition leaders have also sent strong warning to disregard the sale of the royalties if power changes hands in the future.

But Mr. Ofori-Atta, a cousin to the President, whose private company Databank, provided financial services to the Agyapa transaction with another family member; Gabby Asare-Otchere Darko providing legal services to same, will have none of that.

The ruling family’s ultimate aim of getting quick money to support the ailing economy as well as lining their pockets, by handing over Ghana’s assets to marked investors in the British Island of Jersey, override any other consideration.

Association of Wives of Anglican Bishops donate to church