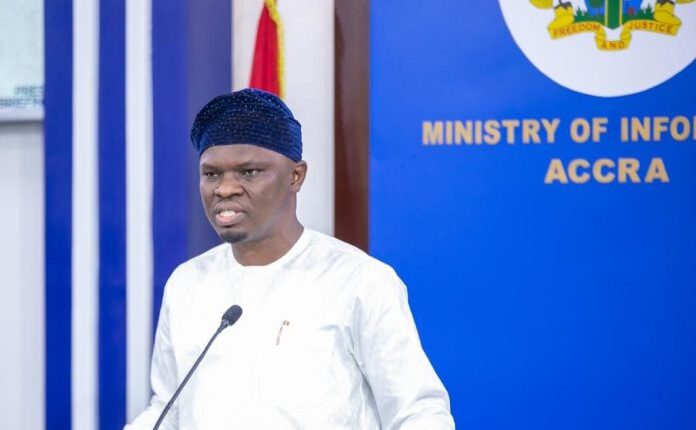 Government says the Borteyman Sports Complex will be converted into a university for sports and development after the African Games.

Minister for Youth and Sports, Mustapha Ussif who disclosed this during the Minister’s Press Briefing in Accra on Sunday, May 8, 2022 said this is to ensure that the facility is put to good use and see to its continuous usage.

President Nana Akufo-Addo in August last year broke grounds for the construction of a $145 million sports complex at Borteyman, in the Greater Accra Region. The facility is earmarked to be used for the 13th edition of the African Games with Ghana as the host nation.

This according to the Minister makes it easy for the facility to be converted into a university. This he said will help put it to good use after the games and also readily serve the sporting needs of Ghanaians.

The Minister also stated that because the Sports Ministry aims to rely on existing infrastructure, the University of Ghana is on the list of institutions that will be updated to match international standards in order to host the games.

“The University of Ghana Sports Stadium is being upgraded. We are adding a warm-up track which is just five minutes away from the main stadium and there will be a covered walk lane to allow athletes access the main stadium,” he added.

GOT A STORY? Share with us. Email: [email protected] or [email protected] WhatsApp: +233(0)244822034
Borteyman Sports Complexconverteduniversity for sports and development
0
Share FacebookTwitterWhatsAppTelegram
Subscribe to our newsletter
Sign up here to get the latest news delivered directly to your inbox.
You can unsubscribe at any time