“I can confirm that she was picked up just when she was about to set off on her flight back to Ghana but we don’t have any information on her charges and where she is at the moment,” 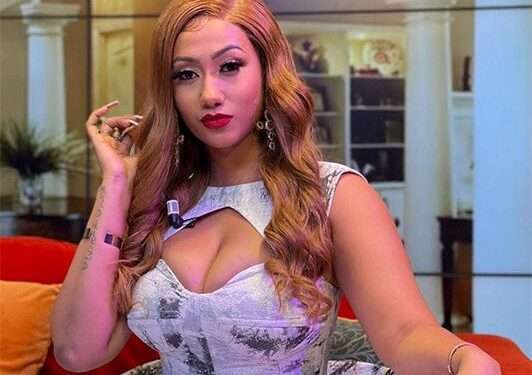 A team member of the Ghana Music Awards UK, Kwesi Ernest has confirmed allegations that Ghanaian socialite and musician Mona4Real also known as Hajia4Real has been arrested in the UK.

Hajia4Real had been spotted in the UK after her performance at the recently held Ghana Music Awards UK.

In multiple reports which surfaced online on Friday, November 11, Hajia4Real was arrested in the United Kingdom due to her involvement in an alleged $8M fraud during her visit to the United States a couple of months ago.

The “Fine Girl” hitmaker is said to have been arrested by the UK police in collaboration with Interpol at Heathrow Airport on Thursday, November 10, 2022.

Reacting to the story on Peace FM’s Entertainment Review show, Kwesi confirmed the arrest of the musician is accurate even though the basis for the arrest is unknown to him.

According to the artiste Manager, Hajia4Real was arrested while onboard a British Airways flight back to Ghana.

“I can confirm that she was picked up just when she was about to set off on her flight back to Ghana but we don’t have any information on her charges and where she is at the moment,” he said.

According to Ernest, he is disappointed in the way Ghanaian social media and blogging sites have so far carried the story.

“I am very much disappointed in the way Ghanaians have treated Hajia4Real through speculations and social media reportage. Looks as if she is hated and people were waiting for an opportunity to display their hate towards her. There are many who do not even have facts of the matter but are running different commentaries about the case,” he added.