Significantly, the Ghana legal education has produced a chunk of finest legal brains that are doing so much for the development of this country (Ghana). Some of these finest legal brains in Ghana include: Lawyer Tsatsu Tsikata, Lawyer Victor Essien, Lawyer Nana Addo Dankwa Akufo-Addo and many others 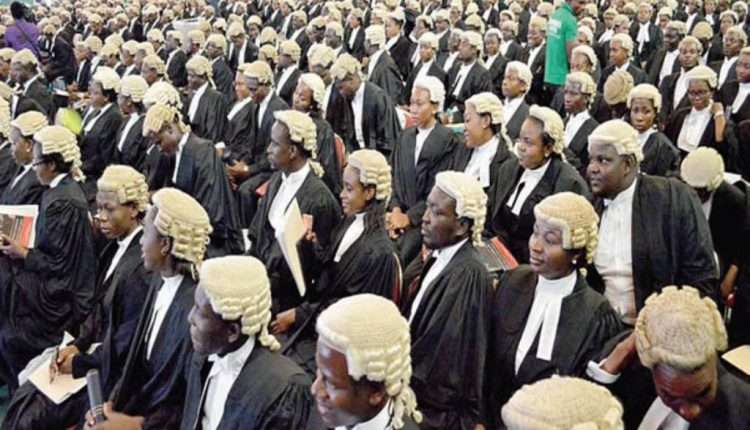 However, it must be brought to the knowledge of my most cherished readers that, John Mensah Sarbah was the first Ghanaian lawyer to be called to the Bar at Lincoln’s Inn in England in the year 1887. Also, it is worthy of mention that, the legal profession Act 1960 was the Act that birthed the legal profession in Ghana.

This Act 1960 was eventually assented to on the 12th January, 1961. Significantly, the Ghana legal education has produced a chunk of finest legal brains that are doing so much for the development of this country (Ghana). Some of these finest legal brains in Ghana include: Lawyer Tsatsu Tsikata, Lawyer Victor Essien, Lawyer Nana Addo Dankwa Akufo–Addo and many others.

The Five (5) Sources of Law in Ghana:

Mainly, the Five (5) sources of Law in Ghana are namely as follows:

4. Rules and Regulations, the Existing  law

Briefly, I would like to talk about the concept of hierarchy as part of the topic under discussion. Hierarchies are the way in which past and present societies organize and separate groups of people often based on class and wealth. In the social sciences, hierarchy, a ranking of positions of authority, often associated with a chain of command and control. However, the term is delivered from the Greek words hieros (“sacred”) and archein (“rule” or “order”). In modern societies, hierarchical organizations pervade all aspects of life. On the other hand, I would once again, like to expend some time talking about the theory of elitism also as a part of the topic discussion. Elitism; the belief that a society or system should be led by an elite. Or the superior attitude or behaviour associated with elite. In furtherance to that, elite is always a small minority. At its extreme, elitism is the opinion that this minority should make most political decisions and control most resources.

Now, zeroing in to the main topic for this article, “Legal Education and Legal profession breed elitism and perpetuate historical hierarchy in the Ghanaian Society; my position so far.” As a matter of fact, I, on personable grounds disagree to the topic with the following well-reasoned points or facts:

Simply put, this explains the concept in which the system of government allows mass participation in the decision-making process in managing the social, economic and political affairs of a given country. However, this system of government is people centered as such, it ensures that, the concerns of the people living in a given country are given priority treatment and are attended to with optimum concern and care by the central government. Historically, Ghana adopted democratic rule in the year 1992 under the leadership of the late chairman J.J Rawlings. During that, Ghana transitioned from military rule to democratic rule whereby a new Constitution was adopted; elections were conducted to elect the President and Members of Parliament representing the various constituencies at the time.

This point is elucidated as the idea of quite substantial number of the Ghanaian people getting actively involved in the political party activities such as campaigns, rallies, Fund-raisings among others. In fact, this doesn’t necessarily require the ordinary Ghana to have a university degree before he or she joins and participates in the political activities listed above. In Ghana here, we have had some people with lower or no level of education yet they have set up political parties. In fact, classical example is Maame Akua Donkor. This woman has no form of formal education yet she has been able to set up her political known as Ghana Freedom Party. In fact, when any one researches or googles about her, what the person is likely to find at the profession side of this woman is Cocoa Farmer.

By political appointment and occupancy, I mean the situation whereby the government of the day appoints some people with not necessarily having law or legal background to occupy positions of prominence in their administration. However, evidences are abound that, a plethora of people are being appointed into offices in both present and past governments to manage affairs of those political offices in this country.

This refers to the political philosophy that states that all citizens and institutions within a country, state or community are accountable to the same laws, including lawmakers and leaders. This is further argued that, irrespective of anyone’s academic background, being it law, political science, engineering whatever everybody is to be treated the same way by the dictates of the laws of the land. In fact, it must be mentioned that, the laws of Ghana do not discriminate neither do they favour some people and punish others.

By constitutionalism, I simply seek to mean the adherence to a constitutional system of government. However, this tries to talk about the fact that, the constitution of Ghana is the reference point of governance at all material times. In the 1992 Constitution of Ghana, there is no portion that encourages elitism and hierarchy in the Ghanaian society. In the Constitution, all persons are to be treated fairly and equally no matter the colour, creed, language, location among other things of the person(s) involved.

I would like to conclude my article by as a matter of fact stating that, even though there is a scintilla of truth pertaining to the topic under discussion, I absolutely and strongly disagree to the topic put forward for discussion or debate with the well-reasoned points given above. In fact, if a serious survey was conducted in the government institutions, ministries, agencies etc, it would be realized that, just a fraction of the people employed in there are lawyers or having legal education. In fact, the available data provided by the Ghana Statistical Service as a result of the 2021 Population and Housing Census indicates that the literacy rate in Ghana now stands at 69.8%. Now, let’s do this analysis; what is the percentage of people with legal education and legal profession in this whole percentage of 69.8%? In fact, it can be said emphatically that, just about a fraction of this percentage could have legal education and legal profession and that, they could not be said to breed elitism and perpetuate historical hierarchy in the Ghanaian society.

GHANA ON AUTOPILOT: Where is the President?