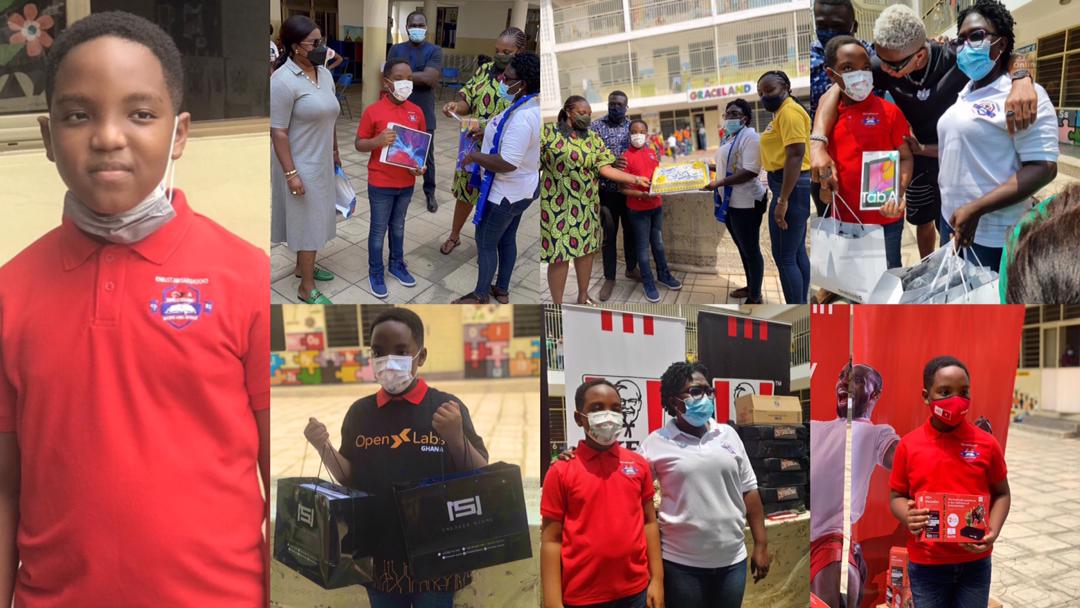 A pre-teen’s instructions to his mother to organize goodies for him on his “Our Day” has sparked a crazy social media buzz in Ghana causing all sorts of corporations to trip over themselves to rescue the bemused mother of Oswald Gennuh.

Oswald Gennuh is a pupil at the Christ Ambassador School in Dansoman and “Our Day” is the last day of the last term of pre-secondary school and Junior High School students.

It is a sort of mini feast for students as they transition to the next class. It is based on the foregoing that Oswald wrote to his mother a “love letter” to his mum to emotionally blackmail her to make his celebration a hit.

“It’s my day on Friday so please don’t disappoint me.

“Otherwise, you will ruin my day that if I don’t celebrate well, I will have to wait for a long time again. I didn’t disappoint you in the exams so please don’t disappoint me,” Oswald wrote, pulling his mum’s emotional strings.

Little did the nine-year-old know that his well-written wish list to his mum would find his way onto social media, where it will go viral and force over eighty brands to make pledges to take the burden off Oswald’s mother.

Read More: UN Envoy makes a controversial call for the Western World to make AU a Member of the G20

The post has since gone viral with ‘Our Day’ garnering nearly 200,000 tweets alongside ‘Mrs. Appiah’ believed to be the (favourite) teacher of the pupil.

Brands like Vodafone, MTN, Fan Milk, KFC, Stanbic bank, among others all jumped to the rescue with gifts from biscuits, food to internet data and Ipad.

After hosting his sold-out musical concert on Thursday night, July 29, popular Ghanaian musician “Kidi” pulled up at Oswalds school to perform live for the star-struck pupils at the school.

Other popular Ghanaian artists DopeNation and Mr. Drew who retweeted to perform at the ‘Our Day’ were present to entertain the students in what was easily the biggest ever “Our Day” celebration ever in Ghana.

Meanwhile, Kidi presented the young celebrant boxes of ice cream and with the support of Fidelity Bank helped open a bank account with an initial deposit of GHC3,000.

FixTheCountry Campaigners kick-start Demo in London, Ghana is next