If there is Freedom of Movement, there should be Freedom of Self-Catching! 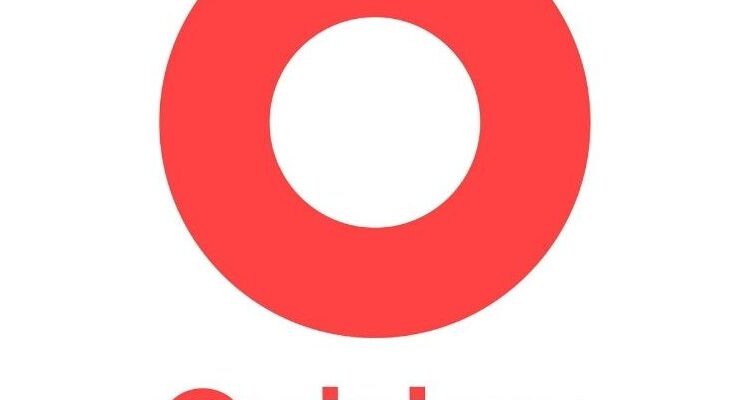 How are you do? As for me and my shordies, we are all do fine.

Senior, I am having problems with some of our Chief Professional Thief Slapper Dam-Pra’spickins.

Senior, there is escalation of stealing of crabs from soups, rats from traps, kobi been grilled on hot charcoal. Most of our daughters of Eve are walking about without piotos and when asked why, they say when they wash and dry them on the drying line, some slay queens would come and thief them. And as they spoke, spoken, speaking or whatever, all their piotosas in inside-wear or panties for short, are all gone.

Senior, so if you see any daughter of Eve, walking side-side and backwards, do not insult her. In fact, it is not a new style of walking, but a way of taking the necessary precautionary measures against any gate crashing of their secret and confidential properties, by uncouth akupas.

Senior, all these things are happening and yet most of these sons and daughters of the only human being who single handily dammed the Pra River, Chief Professional Thief Slapper, Dam-Pra, are not doing anything about it.

Senior, even chalks, exercise books, pens, pencils, crayons and erasers as in gum are disappearing into private pockets in all Ogyakromian classrooms and the chalk and blackboard practitioners are now using ayiloras in white clay to teach, and the pupils are using charcoal to write. It is not that our Omanhene’s aplanke in charge teaching and teachers is not supplying these resources, no,Aplanke Adu Twum Barima, is over supplying more than each skuuls’ quota, but still, they continue to disappear before the boxes are opened.

Senior, things are getting stolen in Ogyakrom. The other day, I met a certain man who was fully under the influence of ogyateshie, aka bone shaker aka tso-lolley as in local gin. He was weeping bitterly and when I asked what the matter could be, in tears, he said he has lost his way home. Someone stole the way to his house.

Senior, before I come to the issue on hand. You are aware of those who always hold a copy of Ogyakrom Supreme Law which in some villages they call it Constitution.

Senior, as you are aware these privilege people are always shouting “I know my right!” And if I may remind you, the rights of every Ogyakromian are captured in this book.

Senior, we the villagers of Ogyakrom, have the right to chew roasted cassava and grilled kobiwith both sides of the jaws at the same time. We also have the right to talk while eating. We have the right to thank and praise Yahweh because our pastor says Yahweh has done marvels in our lives, and we are better off today than we were yesterday, meanwhile our lives have rather worsen, because the pastors have collected everything we own and possess.

Senior, one of the rights is under stress as I write to you now. You see, one of rights is the right to be free to move about helta-scattered and scatters, and no one must, can or should truncate that right.

Senior, lots of problems manifest out of this right, for example, a daughter of Eve pickin aged 13 and below can relocate her google map location to her boyfriend’s bedroom and no matter what her parents and family head say, she is still protected from punishment under the Supreme Law of Ogyakrom.

Senior, you know the constellation of hamlets called Assin? The place where our well-known Municipal Police Ken Eddie Agyei Pump comes from. You know that guy man, who can talk and shout even with his mouth shut. The guy man who brags and even brags that his socks have holes in them and that he paid two million cowries for a second-hand handkerchief that was priced half a cowry, because the seller looked morboras in miserable and so he asked him to keep the change.

Senior, it is also this same constellation of hamlets called Assin where a certain Canada-Waakye man, slept while sitting at the edge of the window seat of an iron bird and fell off and dropped down in Assin. Yes, that man who claimed that since he fell from the sky, he is ordained by fire by force by Yahweh to be the sole inheritance and occupant of the Municipal Police department of that hamlet.

Senior, as you read this letter there is a certain 15-year-old daughter of Eve, resident in one of the hamlets, in this constellation called Assin.

Senior, this small girl decided to exercise her right of freedom of movement so she relocated herself to somewhere and decided to notify her father that she would need at least twenty million cowries for her new accommodation and personal expenses.

Senior, her father had all along been banking his hopes on some unfortunate akupa coming to ask her hand in marriage and so he could use that opportunity to bill the poor man with all the costs of expenditures he spent on her daughter, from the courting of her mother, cost of getting her mother pregnant, cost of taking care of the pregnancy, the cost of borning of the baby and her upkeep from creche to junior second level skuulplus interests so that he can know his how far and start enjoying life like he had planned to.

Senior, this man panicked as he got into the panic and fear mode. He quickly called the Professional Thief Slappers to report that his daughter had relocated from home without valid transfer papers. And trust these thief slappers who will look the other when crime is been manifested but poke their noses into someone’s personal matters. They quickly located the google map location of the small girl’s relocation.

Senior, the small girl pleaded her rights and said she invoke her right to self-catching and so she exercised her right to remain loud and noisy since any silence from her would be taken as evidence against her in the court of law.

Senior, as you read this letter, the Professional Thief Slappers have gone to awaken the old men and old women who sit on benches doing absolutely nothing, to make themselves useful for a change and come and talk sense to this girl, small.

Senior, I am so tired of these pickins of Chief Professional Thief Slapper, Dam-Pra. Why should they truncate the rights of someone who just invoke the rights of freedom of movement and location?

Senior, I am Dan, sorry, I am Done for today.

GOT A STORY? Share with us. Email: [email protected] or [email protected] WhatsApp: +233(0)244822034
freedomFreedom of MovementOgyakromSupreme Law
0
Share FacebookTwitterWhatsAppTelegram
Subscribe to our newsletter
Sign up here to get the latest news delivered directly to your inbox.
You can unsubscribe at any time

“GFA, You Could Have Done Better!”