Include, engage all citizens in the country’s constitutional amendment agenda

“Democracy grows when people identify shortfalls in how they practice it and take appropriate remedial measures to set things right,” 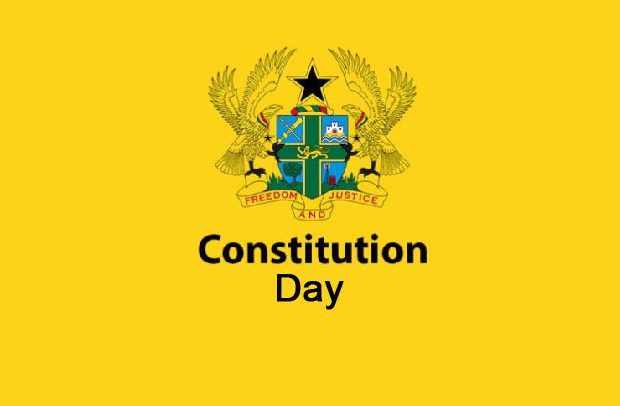 There is the need to include and engage all citizens in the country’s constitutional amendment agenda, Dr Kenneth Aikins, a lecturer at the University of Cape Coast, has said.

He said the legitimacy of every constitution depended on the degree to which it allowed for citizens participation and deliberation.

Dr Aikins made the remarks in a keynote address at an engagement with the security services on the 2022 National Constitution Week Celebration in Cape Coast.

The meeting on the theme: “Three Decades of Uninterrupted Constitutional Rule, Revisiting the Agenda for Reform,” was organised by the National Commission for Civic Education (NCCE).

He noted that Constitutional amendments could not be hurried by arbitrary deadlines but instead, must provide a sufficient period to allow for broad participation, civic education and popular consultation.

“Democracy grows when people identify shortfalls in how they practice it and take appropriate remedial measures to set things right,” he added.

Dr Aikins recommended that the Constitutional Review Commission report and the white paper issued on it should be made available to the public so they could identify key weaknesses and how to address them to effect the required amendments to the constitution.

Deputy Commissioner of Police Alexander Kwami Amenyo, the Regional Police Commander, in his opening remarks said stakeholders must collaborate to advocate, deepen democracy and ensure equal opportunity for all.

He said the Police were fully prepared to ensure peace and maintain law and order in the country as the country went through the critical phase.

DCOP Amenyo pledged the Service’s unflinching support to the NCCE to ensure the public upheld and defended the constitution for the betterment of all.

For his part, Mr Nicholas Ofori Boateng, the Regional Director of NCCE, said the meeting was part of the annual event instituted by the Commission in 2001 to commemorate the return to constitutional rule.

He called on the public to lead the crusade for the reforms of the 1992 constitution.

Mr Boateng stated that the role of the Commission was to create awareness on the ongoing dialogue and discussion to revamp the public’s interest to participate in the amendment processes.

He charged Ghanaians to reflect and add their voices to the discussions of the reforms to build the Ghana everyone wanted.

The Commission has already engaged the Ghana National Fire Service and will meet other security agencies next week.

GOT A STORY? Share with us. Email: [email protected] or [email protected] WhatsApp: +233(0)244822034
Dr Kenneth Aikinsonstitutional amendment agendaUniversity of Cape Coast
0
Share FacebookTwitterWhatsAppTelegram
Subscribe to our newsletter
Sign up here to get the latest news delivered directly to your inbox.
You can unsubscribe at any time