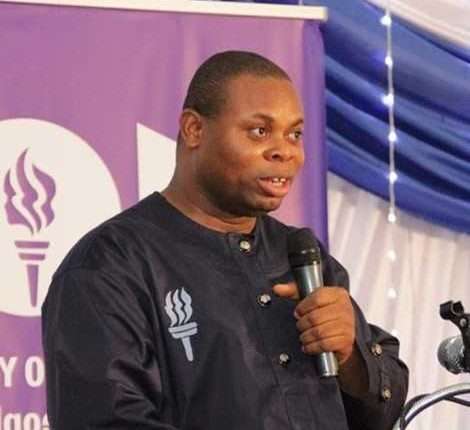 OccupyGhana’s allies IMANI Africa and IMANI Ghana will be particularly remembered for their participation in the Dumsor Vigil, Red Fridays and lately corroboration of the Corruption in the Cathedral of Lies among others.

The IMANI allegations of Procurement breaches by the Electoral Commission in the purchase of BVD machines and software against Jean Adukwei Mensa remains unresolved and cannot be abandoned.
https://imaniafrica.org/wp-content/uploads/2020/01/IMANI_New_EC_Biometric_Register_CSO_Opposed_2020_Jan-19.pdf

The IMANI allegations of corruption involving the Communications Minister, Ursula Owusu in her procurement of the services of Kelni-GVG and the breaches remain unresolved and cannot also be abandoned by the CDD, whose Prof. H. Kwasi Prempeh was the Chairman, CSO Platform on Kelni GVG matters…

IMANI has noted that the criminals who have taken over the Prime State Lands have not been paying Ground Rent and Property Tax on top of their immoral and unconstitutional occupation of State property;

My recent interactions with IMANI, reveal that it is of the view that this practice of government fraudulently allocating State Lands to private persons must be immediately reversed, lands retrieved from the Looters and returned to the State.

IMANI has uncharacteristically stopped short of publicly calling out former Chief Justices Sophia Akuffo, Georgina Theodora Woode and the hundreds of high profile personalities they are aware are the beneficiaries of the fraudulent allocation of State Lands leaving many Ghanaians wondering, IS IMANI NOW A DUMBDOG OR STILL WATCHDOG?

“Similarly, Ghanaians are wondering if IMANI is content in barking and not biting;”

The SIM CARD Re-Registration and the use of the GhanaCard as the sole ID required for that exercise, has exposed inter-agency turfwars, software glitches, data security challenges, procurement breaches and legal infractions among others.

The intent to compile a new GhanaCard-based Voters Register has further compounded the situation especially as the failed Akufo Addo government is desperately orchestrating to cling on to power after its Eighth year to avert corruption related trials by a successor NDC government.

The media, Civil Society Organisations, Clergy, Clerics and Chiefs are expected to stop playing DUMBDOG and become the vociferous WATCHDOGS that they once were under the previous administration.

IMANI must join the STUBBORN ACADEMY as they prepare to take legal action against the illegal SIM Card Re-Registration using the GhanaCard which has been poorly handled by the politically motivated Joe Anokye led NCA and the bellicose Ursula Owusu to deliberately punish perceived political opponents.

IMANI must demand the resignation of Joe Anokye and Ursula Owusu; in keeping with the rhetoric by its honorary Vice President Kofi Bentil…

IMANI must resurrect its Jean Adukwei Mensa investigation, in the light of two (2) Article 146 Petitions pending against her as EC Chairperson, which President Akufo Addo has refused to act on in breach of the Constitution of Ghana.

The Communications director of the President, Eugene Arhin has kept silent on the Jean Adukwei Mensa Article 146 Petitions, unlike in her predecessor Charlotte Osei Article 146 Petition; which though flawed was kept blow-by-blow in the media till her removal from office.

President Akufo Addo will draw inspiration from the Royal Funeral of Queen Elizabeth to rekindle his Cathedral pipedream.

Ghanaians will literally be watching the watchmen, the CSOs especially IMANI, to see if they like OccupyGhana have become DUMBDOGS.

God Save Our Homeland Ghana and help IMANI be IMANI not follow the Hypocrisy of OccupyGhana.

The Queen is Dead, Our King is Dead: Royal Succession Plan of UK & LA in focus