It is about Hard Work, not Gender

Time without number, women have been discriminated against based on their gender as females without recourse to how hardworking they may be in the world. 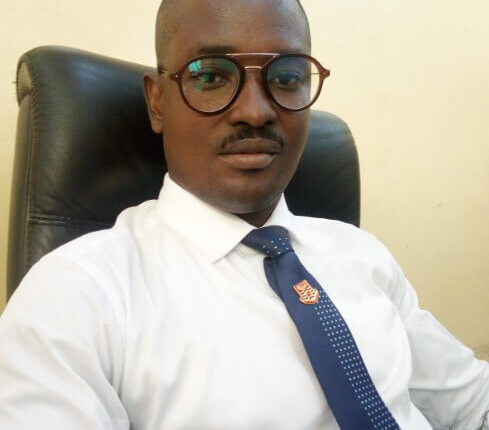 It is a widely accepted notion that gender marginalization has been with us for a very long time since the inception of the world. Gender marginalization remains deeply ingrained in all facets of the human life. There is no gainsaying the fact that Gender inequalities often stem from social structures that have institutionalized conceptions of gender differences.

These gender differences have strictly defined what one can do in the society thereby placing limits on the capabilities of both men and women based on what they can do and what they cannot do. The group that has felt the brunt of the sharp edge of marginalization has been women in the society. Marginalization occurs on an individual level when someone feels as if they are on the fringes or margins of their respective society. Marginalization of women in economic development and in social and political spaces is a worldwide phenomenon that can never be sidelined.

Time without number, women have been discriminated against based on their gender as females without recourse to how hardworking they may be in the world. There is therefore the pressing need for us to flip the narrative and come to the realization that women who are hardworking and industrious can rise through the ranks of all spheres of life without much attention being paid to their femaleness. The times where women were relegated to the background at both the public and domestic domain should be consigned into the museum of history and create a serene and conducive environment for women’s hard work to be rewarded and appreciated just as it is with their male counterparts. This attests to the fact that the narrative should therefore no longer be about gender but hard work and that hardworking can permeate the very protective male spaces of men since this is a male dominated world. Mention can be made of Phogat sisters who defied all odds and permeated through male dominated spaces through hard work. Olympian women wrestlers Geeta and Babita Phogat are icons of women empowerment-quite literally. They have made a name in a field which is all about male power. Their solitary struggle in the face of social resistance was brought alive when they won the wrestling competition which was dominated by men.

The celebration of the International Women’s Day should therefore throw light on changing the narrative from priority being placed on a person’s gender rather than how hard working the individual is – be it a female or a male. For the hard work of women to be appreciated and rewarded in such a male-dominated world, there is the need to ensure gender mainstreaming, affirmative action and education of women.

First, it is instructive to note that Gender mainstreaming has been embraced internationally as a strategy towards realizing gender equality. It involves the integration of a gender perspective into the preparation, design, implementation, monitoring and evaluation of policies, regulatory measures and spending programs, with a view to promoting equality between women and men, and combating discrimination.

For women’s hard work to be rewarded there is also the need to pay more attention to affirmative action. Affirmative Action: has to do with any policy, plan, and programme or practice design to combat the effects of racial or sexual discrimination against a group that has been disadvantaged in terms of recruitment, promotions, etc. With affirmative policy in view, there is the need for policies to be targeted identifying hardworking women and reward their labour. This will go a long way of changing the long-held believe that women can’t rise through the rank and file no matter how hard working they are. These policies should cut across all sectors and institutions- economic, social and political. These programs are commonly implemented by businesses and governments by taking individuals’ race, sex, religion, or national origin into account. Affirmative action focuses on demographics with historically low representation in leadership, professional, and academic roles and is often considered a means of countering discrimination against particular groups-women. With affirmative action, the hard work of women will be rewarded and appreciated.

Through education of women, the axiom, ‘hard work and not gender’ can come into fruition. Not being able to read or write is a significant barrier for underprivileged women, since this can lead to their failure to make use of even the rather limited rights they may legally have (to occupy positions or other property, or to appeal against unfair judgment and unjust treatment). There are often legal rights in rule books that are not used because the aggrieved parties cannot read those rule books. Gaps in schooling can, therefore, directly lead to insecurity by distancing the deprived from the ways and means of fighting against that deprivation. Education has its own way of also empowering women to realize the urgent need of how hard work can propel them go beyond the limits placed on their gender by society.

In conclusion, it is important to state that hard work is the real key to success and this is not gender specific. Nonetheless, it will take political commitment in introducing gender sensitive programmes that will reward the hard work of women. In addition to concrete objectives and targets in the strategy, this will require a clear action plan. Such plan should take into account the context, satisfy the necessary conditions, cover all the relevant dimensions, foresee the use of concrete methods and tools, set out the responsibilities and make sure that the necessary competencies exist to achieve the anticipated results within a planned time framework.

INTERIOR MINISTER, you must quickly resolve the case of curfew hours cyanide smuggling into Bawku before the Youth take action

VICE ADMIRAL SETH AMOAMA, are you sure you have the military personnel to counter a terrorist attack in the Upper East Region today?