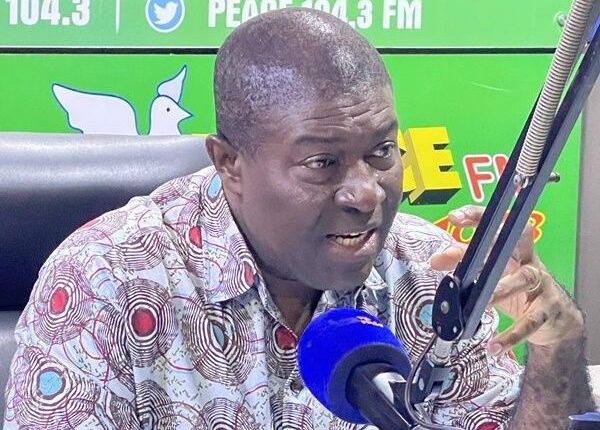 The E-Levy which began few months ago, is aimed at generating revenue via electronic money transfers.

Gabby Otchere-Darko, a member of the governing New Patriotic Party (NPP) and cousin to President Nana Akufo-Addo, has stoked discussions regarding the E-Levy either serving its purpose or not with his recent tweets about the economy.

Mr. Otchere-Darko’s tweets also seem to suggest to the government to reconsider her decision not to resort to the IMF.

In a tweet on Monday, Mr. Otchere-Darko asked the Akufo-Addo/Bawumia government to “pretty quickly” to “inject confidence in our capacity to ride this heavy storm”.

Gabby raising issues with the Electronic Transaction Levy (E-Levy) further tweeted; “After 5 months of stalemate and bashing, the e-levy, after implementation, is delivering only 10% of estimated revenues; our revenues remain very low as compared to the rest of the world; debt levels dangerously high, cedi like most currencies, struggling against the dollar.”

On his position on the IMF, he said; “Am I against an IMF programme in principle? No. I am not for an IMF programme that throws peanuts at us but imposes conditions that will end up hurting the poor, jobs and businesses more.”

He argued that “Covid-19 and War in Ukraine are not of Africa’s doing, but more to our doom. A programme that pretends it is all our doing is doomed to fail”.

“Ghana is a member of the IMF. The world is in serious crisis. Ours is not helped by our high debt and low-income levels. With the economy still growing, but investor confidence low, govt being compelled to cut down capital expenditures will eventually lead to job losses unless…” he added.

Too Early To Make Judgement

To Nana Akomea, it is too early for any person to make a case about the E-Levy.

He explained that the E-Levy is nascent initiative and needs time for the government to reap the full benefits.

Being against the call on government to go to the IMF, Nana Akomea argued that the E-Levy will accrue much money than the IMF will give the country.

He also questioned the logic in going for help from the IMF, an organization that will impose conditions which will eventually overburden the nation.

“The government must relax and engage in a thoroug review. The government should meet all the stakeholders and look at what was going on before E-Levy in terms of the value of electronic transactions and find out how we can address it. I believe we can make it work.

GOT A STORY? Share with us. Email: [email protected] or [email protected] WhatsApp: +233(0)244822034
E-LevyGabby Otchere DarkoIntercity STC Managing DirectorInternational Monetary Fund (IMF)Nana Akomea
0
Share FacebookTwitterWhatsAppTelegram
Subscribe to our newsletter
Sign up here to get the latest news delivered directly to your inbox.
You can unsubscribe at any time