Jane Opoku-Agyemang Urges NDC to Look Beyond Their Personal Interest

“The way forward is to remember that so many people have come before us, just as others will come after us. Let’s learn from examples of our forebears,” 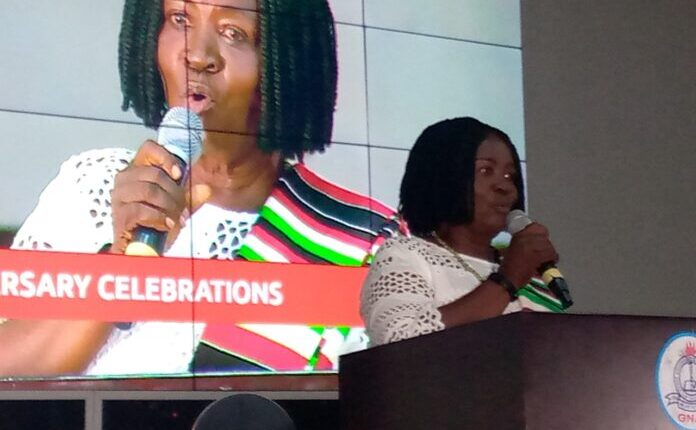 Professor Jane Naana Opoku-Agyemang, 2020 Vice Presidential Candidate of the National Democratic Congress (NDC), has urged members of the NDC to learn from the exemplary lives, values and principles of the party’s forebears.

“The way forward is to remember that so many people have come before us, just as others will come after us. Let’s learn from examples of our forebears,” she said.

Prof. Opoku-Agyemang said this at the 30th Anniversary Symposium of the NDC.

She entreated the leadership and members of the party to continue to stay united and eschew selfishness and greed. “May we all continue to stay together. Eschew putting the personal ahead of the goal.”

Prof. Opoku-Agyemang advised them to always hold on to the values and principles of the party in all dealings. The NDC had a proud legacy, and we must be proud to defend it at all times.

He said their respect and support for their leadership would ensure that the party presented a united front ahead of capturing power.

The NDC is a social democratic political party in Ghana, founded by Jerry John Rawlings, who was Head of State of Ghana from 1981 to 1993 and the President of Ghana from 1993 to 2001.

Riding on the slogan: Unity, Stability and Development, the colours of the Party are, Green (the resources of our land), White (the perpetual flame of victory), Red (remembering the struggles through the blood and toil of our forebears), and Black (our roots as Africans).

The colours are designed In the form of an umbrella (Akatamanso), with the head of a bird perching at the top to signify the need for perpetual vigilance.

The NDC was given Its provisional certificate by the Electoral Commission on June 10th 1992, which granted the Party the right to operate as a legally registered political party. The NDC has since marked June 10 as the Founding Day of the Party The final certificate of the registration of the Party was issued by the EC on 27th July, 1992.

GOT A STORY? Share with us. Email: [email protected] or [email protected] WhatsApp: +233(0)244822034
NDCProfessor Jane Naana Opoku-Agyemang
0
Share FacebookTwitterWhatsAppTelegram
Subscribe to our newsletter
Sign up here to get the latest news delivered directly to your inbox.
You can unsubscribe at any time