Journalists commit to work towards corruption exposure and prevention

Participants had in-depth discussions on how to identify the right mechanisms and approaches when carrying out corruption-related stories while maintaining neutrality as a journalist. 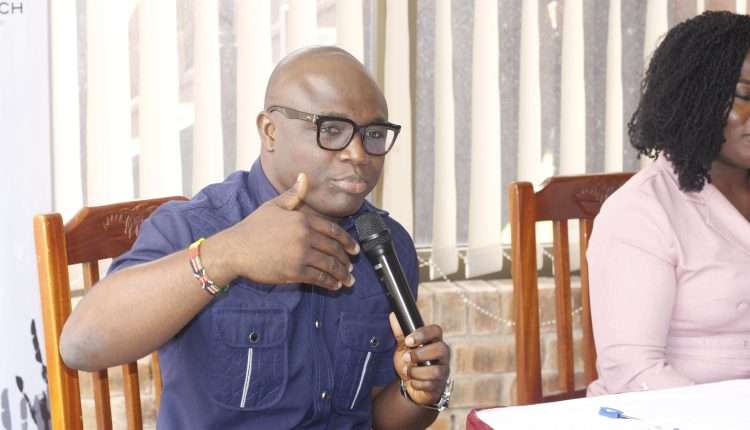 Some journalists from across the media space in Ghana and other anti-corruption stakeholders have pledged to deepen efforts to prevent corruption and work towards improving behaviours, norms, and standards needed to sustain an anti-corrupt society.

This comes on the back of a workshop organized by Corruption Watch Ghana for some selected journalists to effectively engage on corruption issues to promote good and accountable governance in the country.

The workshop, held on the theme, ‘Saving Millions for Ghana’s Development – Employing Innovative Ways to Fight Against Corruption,’ sought to advance the anti-corruption agenda by raising awareness and stimulating debate, fostering networking, cross-fertilization and the exchange of experience that are indispensable for effective advocacy and action, on a national and global level. The workshop also sought to promote cooperation among the media, civil society and citizens by providing the opportunity for face-to-face dialogue and direct liaison between representatives from the media and organizations taking part while using modern-day technology for effective feedback.

Participants had in-depth discussions on how to identify the right mechanisms and approaches when carrying out corruption-related stories while maintaining neutrality as a journalist.

In a brief welcome address, William Nyarko, Executive Director of the Africa Center for International Law and Accountability (ACILA) and technical advisor to Corruption Watch Ghana, expressed gratitude to the journalists present for their continuous support in the fight against corruption. He also charged them not to give up in demanding accountability from all actors in the anti-corruption space to ensure corruption cases are investigated, suspects prosecuted, and stolen funds recovered.

Raymond Archer, Chief Executive Officer of D-Fence Security System and lead speaker of the discussion, stressed on the need to practice impartiality when investigating corruption-related stories. He advised journalists to kick against limiting themselves to political and ideological beliefs and work in the nation’s interest.

In his address, he beckoned journalists to institute trust among themselves to get desired results in their line of work.

“The media, among other things, should push for the frontiers of press freedom. Forming alliances, trusting yourself, and working together is very key in the fight against corruption,” he stressed.

In highlighting results from the Afrobarometer R9 survey, Alfred Ocansey, broadcast journalist with Media General, found the findings on the level of press freedom in Ghana shocking.

“Indeed, when I measure the results of investigative journalism in the country in the last five years, it has been relatively beyond average. But I want to question how many of my colleagues are of the view that press freedom is on the average level,” he queried.

Speaking on the economic vulnerability of most local journalists, Samuel Eshun, a broadcast journalist with Happy FM, bemoaned the lack of support and encouragement from officials and heads of institutions during investigations, a practice, he said, often exposed the vulnerability of journalists who get targeted by some corrupt government officials through bribery.

“If we are vulnerable as journalists, the strength to push for corruption-related stories and issues becomes very difficult,” Mr. Eshun lamented.

Meanwhile, Naa Dedei Tettey, a broadcast journalist with Starr FM, was of the view that journalists opting to work on ‘soft’ stories was a contributory factor to the surge in corruption and corruption-related activities in the country. She used the opportunity to encourage colleague media practitioners to produce more investigative reports.

Ghanaian Church Prays for Liberation of Ukraine from Russia