He subsequently appealed to all and sundry in the District to rally behind, and support him and the Assembly in their forward march efforts to catch up with their counterparts in terms of development 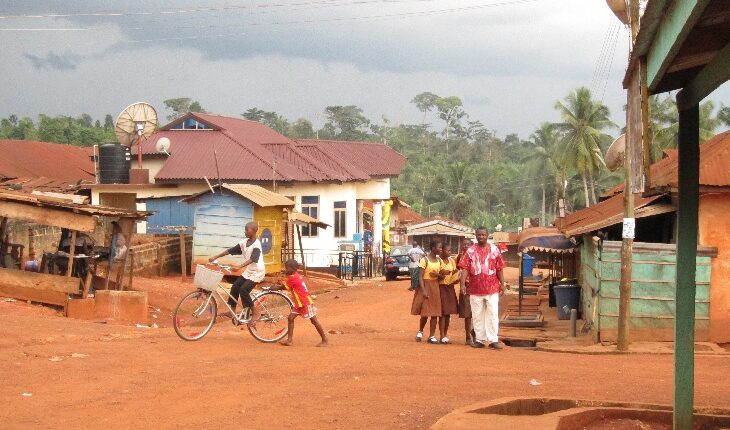 The newly elected District Chief Executive (DCE) for the Juaboso District in the Western North Region, Kwabena Adjei has indicated that Juaboso; one of the oldest constituencies in the region deserves better.

Subsequently, in his tenure of office, he is going to make sure that the District assumes its proper place and status. He stated that Juaboso runs at par with other districts as Wiawso and Bibiana – Anhwiaso – Bekwai in age.

Sadly enough, when it comes to development, Juaboso lacks far behind these districts. It is against this background that he is going to do all within his ability to bring Juaboso to be at par with its counterparts, as far as development is concerned.

Hon. Kwabena Adjei made this known to this medium in Accra, last Friday after the induction course for MMDCEs. The DCE stated that Juaboso District had given birth to Bia East, Bia West and Bodi Districts. However, when it comes to development, the mother district is lacking far behind.

He subsequently appealed to all and sundry in the District to rally behind, and support him and the Assembly in their forward march efforts to catch up with their counterparts in terms of development. Hon. Kwabena Adjei mentioned that though the tiring of the Juaboso town roads is fast on-going, the District deserves more than that.

The new DCE, who happened to be once a Presiding Member (PM) for the District Assembly stated that the Kuffour – led NPP Administration started opening up the district capital, Juaboso, by tiring some of the principal streets of the town. However, after Kuffuor and NDC took over, no meaningful development came the way of the town for the eight solid years of the NDC administration. As such, the District’s development slackened. He stated that under the Nana Akuffo – Addo – led NPP government, the township road tiring began, but since the contractor was slow in its work, the contract has been terminated and given to a new contractor, who is expediting in its execution of the job.

Hon. Kwabena Adjei stated that under the NPP administration, developmental projects have resurfaced; and these included the IDIF, Rural electrification and rehabilitation of roads.

He said that with the Rural Electrification project, over 37 communities have benefited. The beneficiary communities include Africa, C. K. Krom, Adwuma Wura, Ngezeen Kokreh among others. He mentioned that road networks in the District will have to be improved under his administration.

Hon. Kwabena Adjei indicated that as a rural community with farming as the predominant occupation, the district needs to expend its medical centres there to meet the health care needs of the ever growing population. The DCE mentioned that a place like Bonsu Nkwanta, with its ever growing population, has only one community hospital, and this calls for expansion as well as others throughout the District.

Hon. Kwabena Adjei stated that in this regard, the District’s take was on palm-tree plantation which was started very well. However, because of the delay in the nomination of a DCE for them, the project has slacked. All the same, with his incoming, he will add more impetus to ensure that the project achieves its intended purpose, IDIF wise.

NO TIME FOR IDLENESS

Hon. Kwabena Adjei noted that because of the lack of a DCE for the place for close to one year, the Assembly virtually died, as workers played the truant, with some not coming to work for over one month, pointing out that even the Human Resource Department was caught in this web. He indicated that since much time has been wasted already, thereby affecting development, there will be no room for truancy and idleness in his administration. “I am going to stump my authority, and those who cannot comply, must transfer themselves!” he warned.

Hon. Kwabena Adjei stated that with time ticking on development, he will do more field work, by going out there to meet with the people, consult with them and find out their needs for solution. In this instance, “three days office work, two days field Marshall!” he said.

MY DOORS ARE OPEN 24 HOURS

The DCE pointed out that looking at the enormous work load ahead of him and the Assembly, his services will be opened to all 24 hours – “come to the office, come to the house!”, he said.

He pointed out that, having now been given the nod, he is going to be father to all without any discrimination whatsoever.

In this regard, he will need the prayers, advice, guidance and support from all, and welcomes al suggestions and constructive criticisms, of course. Hon. Kwabena Adjei stated that what he dislikes most is heresy, and that people should deal with him on personal levels and not through intermediates. He thanks all for their support, stressing that he will not let them down.

Tidal Wave: MP, MCE disagree on whether Government should declare a State of Emergency in affected Communities