The Judiciary is at the centre of the public ďemands for Probity, Accountability and Prosecution of the Judges who have misappropriated State Assets including State Cars and Lands; if the Courts and their judgements will have any value going forward. 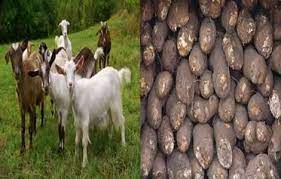 Many angry Ghanaians are screaming “Jail Judges or Free Prisoners Jailed by these Judges.”

Adams-GH, one of the Civil Society Organisations that participated in today’s picketing has asked the Special Prosecutor to probe the Judges alleged to have illegally taken State Cars and Sate Lands…

The Judiciary is at the centre of the public ďemands for Probity, Accountability and Prosecution of the Judges who have misappropriated State Assets including State Cars and Lands; if the Courts and their judgements will have any value going forward.

The calls for the vehicles plus lost value due to use, presupposes that the Looted Lands must be returned under similar circumstances; the beneficiaries must be made to pay for the use of the Lands over the period and pay appropriate penalties including Prosecution.

The Special Prosecutor and the Attorney General must be compelled to act.

President Akufo-Addo’s refusal to act on the Sophia Akuffo Article 146 Petition in breach of the Constitution of Ghana, and by extention the long list of Land Looters was to shield his appointees including Yaw Osafo Maafo and several Ministers, family members, friends and business associates.

Ghana’s wealth inclusive State Lands have been stolen by high profile persons known to the President and the Special Prosecutor as well as Ghana’s Civil Society and Media.

The Lands Minister, Samuel Abu Jinapor has been lamenting on national television that the people who are revered in our society go round on weekends looking for State Lands and Bungalows with little or no activity then come to his office to pressure him to allocate these prime lands to them.

The Lands Commission officials who are complicit in the award of the illegal Cantonments Civil Aviation Land Looting contract, their Goro-Boys and Government officials must be apprehended and prosecuted; if ACT 1036 is of any value…

Sampson Lardi Anyinenyi and his OccupyGhana friends must answer why Judges put poor and vulnerable Ghanaians in jail and yet they want to excuse the Judges who jailed them for far less?

Poor Ghanaian squatting on State Lands have been forcibly evicted with armed soldiers, without any compensation or sufficient notification…

The high profile squatters on State Lands must also be evicted.

God Save Our Homeland Ghana and help us RESIST HIGH PROFILE THIEVES AND LOOTERS.

WeBeCitizens will soon be joined by a new Civil SocietyOrganisation WeNoBeSpectators to take the retrieval of State Funds, State Assets including State Lands and Bungalows to its logical conclusion.